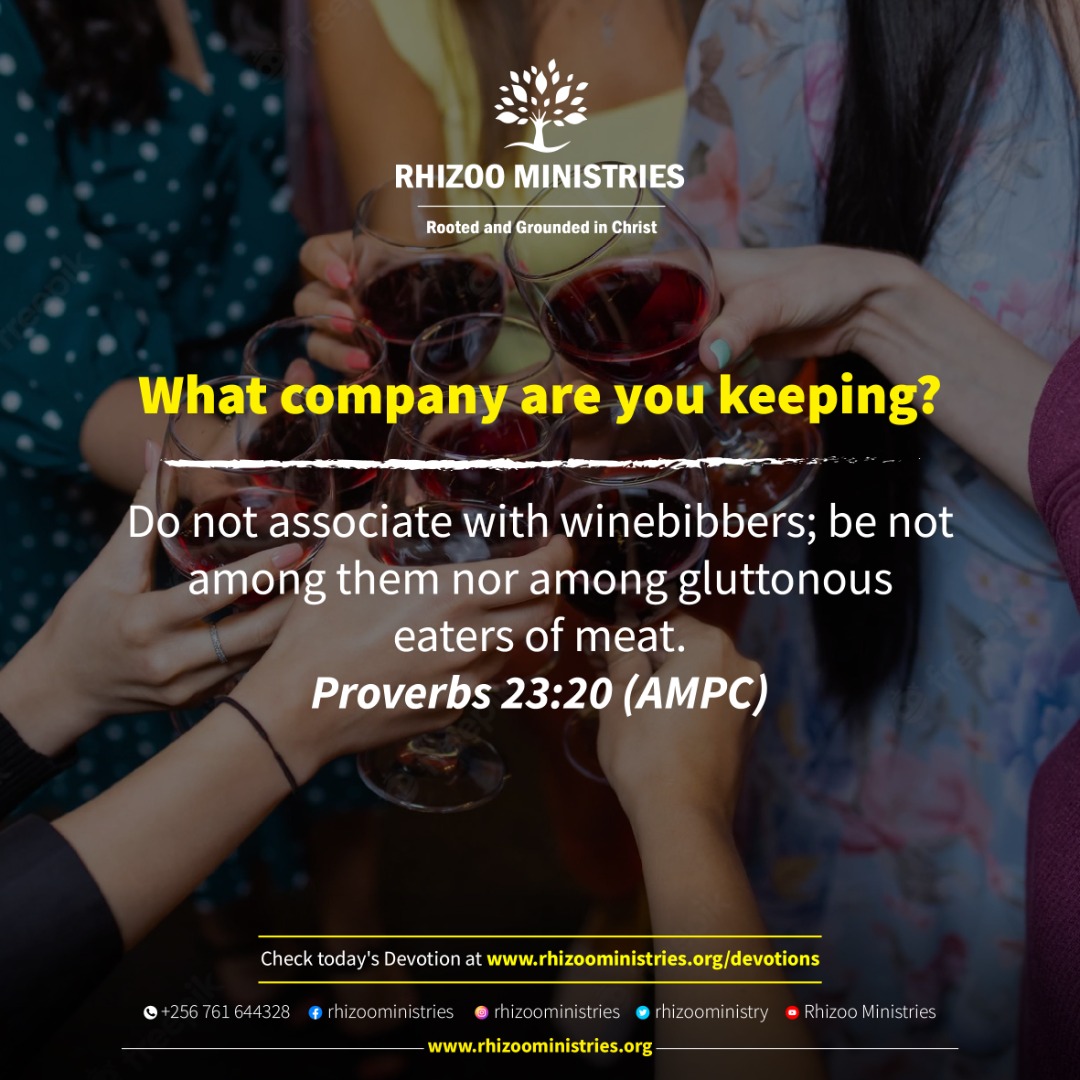 What company are you keeping?

Do not associate with winebibbers; be not among them nor among gluttonous eaters of meat. Proverbs 23:20 (AMPC)

Whoever or whatever you keep company with will always rub off on you. Proverbs 13:20 (NLT) Walk with the wise and become wise; associate with fools and get in trouble.

You learn and imitate the ways and practices of those you always keep company with.

This is one of the reasons why throughout the Bible God forbids His people from associating with the idol worshipping cultures and religions.

It’s bad company hanging out with those who reject and resist the truth.

Here is what the Lord tells Israel, warning them not to keep company with the ungodly nations that were in the land of Canaan. Exodus 34:15-16 (GNT) Do not make any treaties with the people of the country, because when they worship their pagan gods and sacrifice to them, they will invite you to join them, and you will be tempted to eat the food they offer to their gods. Your sons might marry those foreign women, who would lead them to be unfaithful to me and to worship their pagan gods.

Unfortunately Israel did not heed the admonition of the Lord.

Psalms 106:35-36 (GNT) but they intermarried with them and adopted their pagan ways. God’s people worshiped idols, and this caused their destruction.

Peter kept company with Jesus for so long that he spoke just like Jesus of Nazareth. He failed to successfully deny his association with Jesus!

Matthew 26:71-73 (GNT) Another servant woman saw him and said to the men there, “He was with Jesus of Nazareth.” Again Peter denied it and answered, “I swear that I don’t know that man!” After a little while the men standing there came to Peter. “Of course you are one of them,” they said. “After all, the way you speak gives you away!”

Because Peter and John had kept company with Jesus, the Lord’s boldness had rubbed off on these Apostles so much so that even their opponents could clearly notice it.

Acts 4:13 (GNT) The members of the Council were amazed to see how bold Peter and John were and to learn that they were ordinary men of no education. They realized then that they had been companions of Jesus.

Keep company with people who are passionate about the Lord, life, and service.