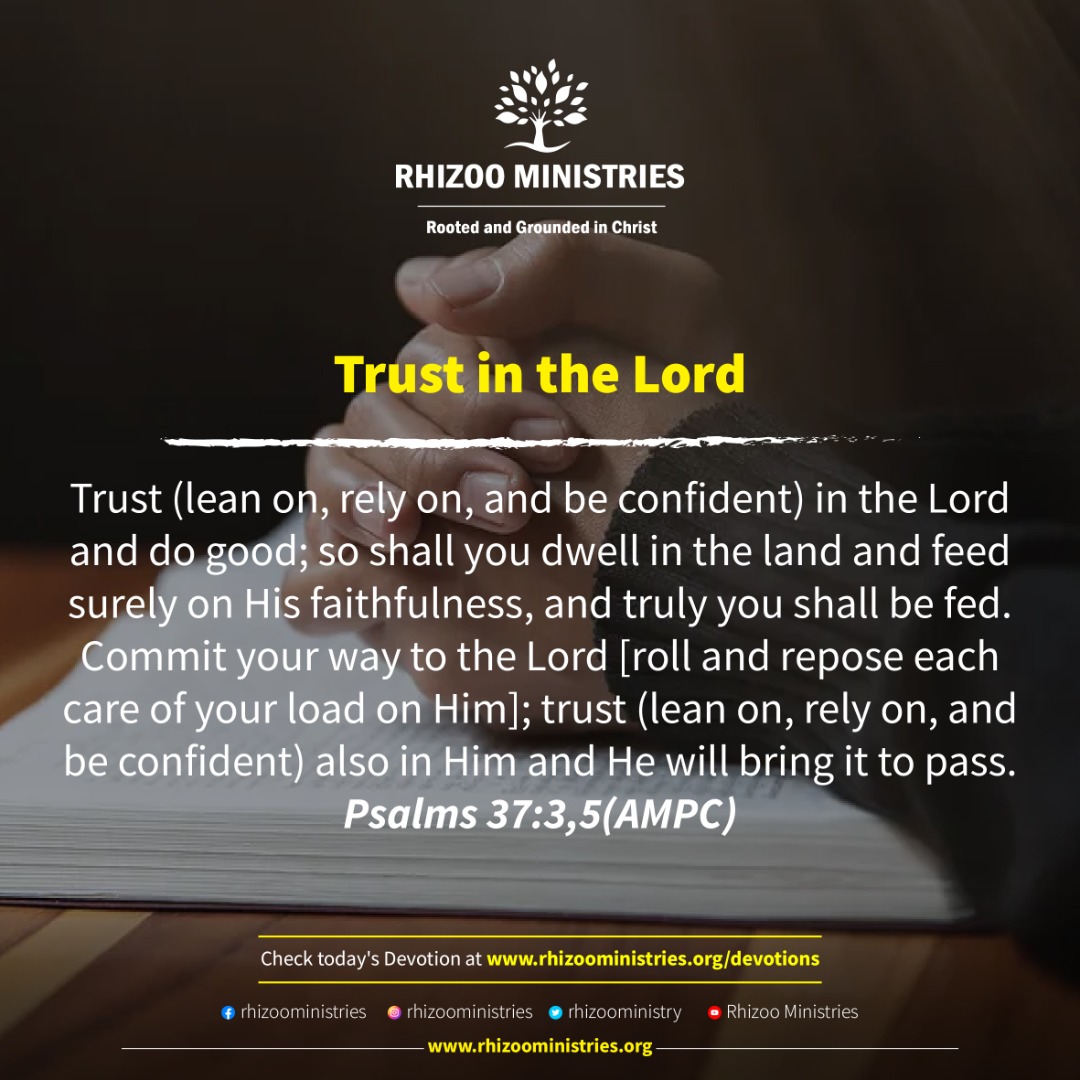 Trust in the Lord

Trust (lean on, rely on, and be confident) in the Lord and do good; so shall you dwell in the land and feed surely on His faithfulness, and truly you shall be fed.

Commit your way to the Lord [roll and repose each care of your load on Him]; trust (lean on, rely on, and be confident) also in Him and He will bring it to pass. Psalms 37:3,5(AMPC)

A missionary went to some primitive tribe and preached the Gospel to them. While there he was impressed to translate the Bible into the native language of those people. To his surprise when he came to the Word Faith that tribe didn’t have a word in their language that directly translated as Faith! After some time while about other things he noticed one of the natives lying in a hammock (a hanging, swinging bed of canvas or rope netting suspended by cords from between two trees or supports at each end). He got an idea; he asked the native how they called in their language that being held and supported by that hammock. He coined that as the word for Faith or trust in their language. That native had rolled and reposed each care of his load on the hammock, he was totally leaning his entire weight on that hammock. The hammock was carrying him, supporting him. This is trust, it’s rolling and reposing each care of our load on God, totally leaning our entire weight on Him, allowing Him to carry and support us.

We trust in the Lord by trusting in His Word. Taking God at His Word is confidence or trust in Him. God watches over His Word to perform it. Jeremiah 1:12. Therefore we can rest assured that God performs and fulfills what He has said.

He tells us that He will bring to pass what we have committed to Him.

Roll and rest each care of what’s bothering and weighing you down on the Lord – don’t pick it up later, leave it there!

See your life, your situation, your family, your work, your dreams taken care of in the mighty hands of the Lord.