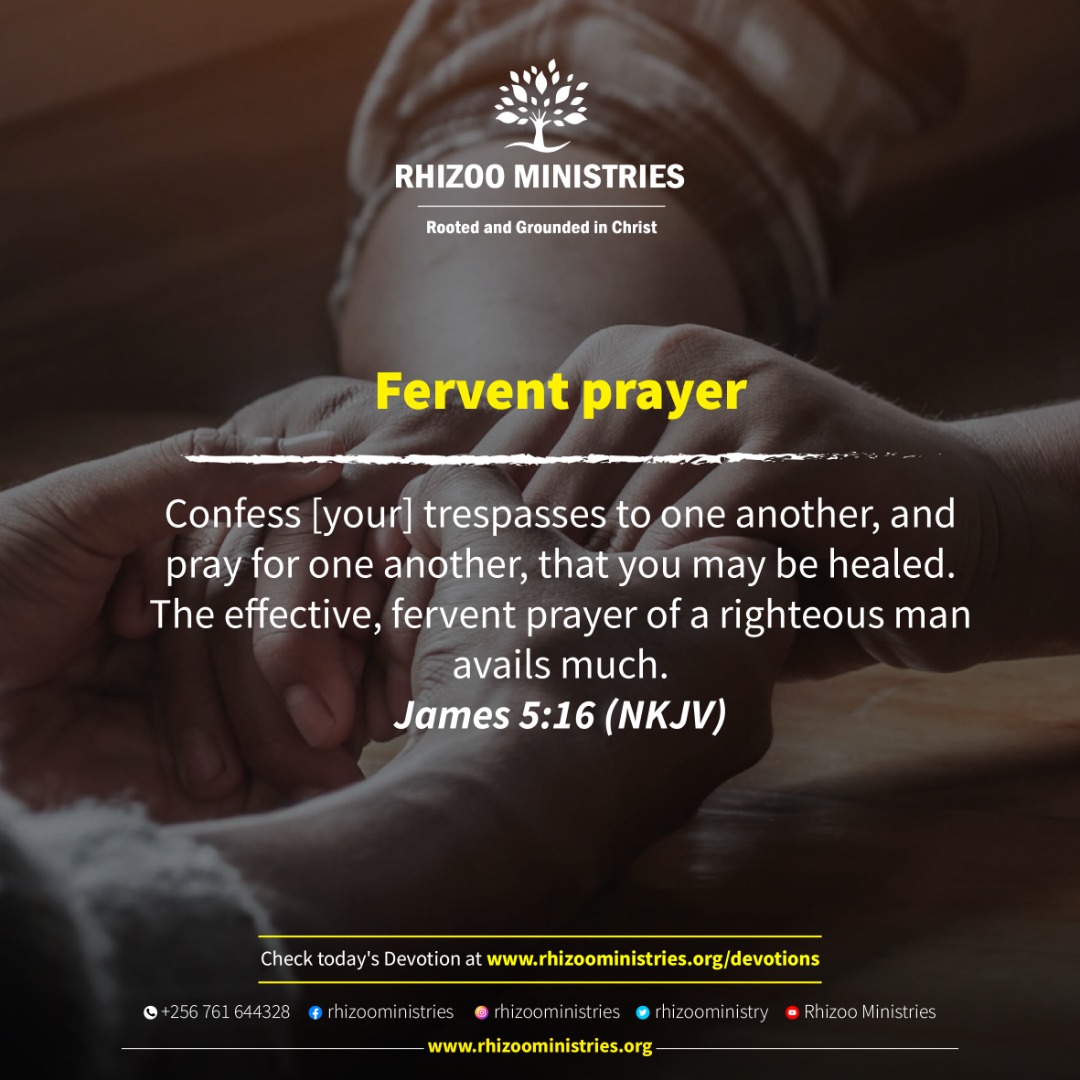 Confess [your] trespasses to one another, and pray for one another, that you may be healed. The effective, fervent prayer of a righteous man avails much. James 5:16 (NKJV).

But there’s also prayer where we are not necessarily addressing God though we know He’s always involved. For instance, when I say “the Lord is my Shepherd I shall not want”, I’m praying, I’m communicating a truth, I’m not talking directly to God though He’s involved or referred to here as the Lord my Shepherd. So, prayer can be speaking to yourself what God says in His Word or speaking to yourself in a way that’s in line with the Word of God. Prayer can also be declaring to others or situations what God says in His Word. When I tell you that it is well with you, by the Grace of God things are turning around and working for your good, I’m praying for you.

When I demand or command that a certain situation changes to a certain direction or condition, I’m praying.

When Jesus told us that whatever we ask in His Name shall be done for us He was talking about prayer and the Greek word there that’s translated ask actually also means desire, call for, require, crave or demand. John 15:7.

What then is or how can one pray this kind of prayer?

Some think that the fervent or supercharged, or powerful prayer that brings results is where one prays shouting out loud at the top of their voice, nodding their head, with clenched fists, shadow boxing, walking or running around to and fro. Nothing wrong with these bodily physical exercises but that’s not where the real action and power is.

Our text scripture has said – the heartfelt continued prayer. Powerful effective prayer is when we pray from the heart.

To pray from the heart is to pray with the inward conviction that God is hearing your prayer when you’re talking to Him or God is behind and supporting what you’re declaring or decreeing if you’re speaking to a situation or condition.

This inward conviction in our hearts is birthed by the knowledge of God’s Word and not feeling a certain strange way because some people think that when they feel goose bumps or a shaking or fire then that’s the conviction that they have God’s attention and presence. We are assured that God is with us and involved in what we are doing because He told us so in His Word!

So, whenever you pray, whatever you are praying for, know and be convinced and confident that God is hearing you and behind and supporting your prayer. This is fervent prayer, this is supercharged, powerful prayer that yields results.