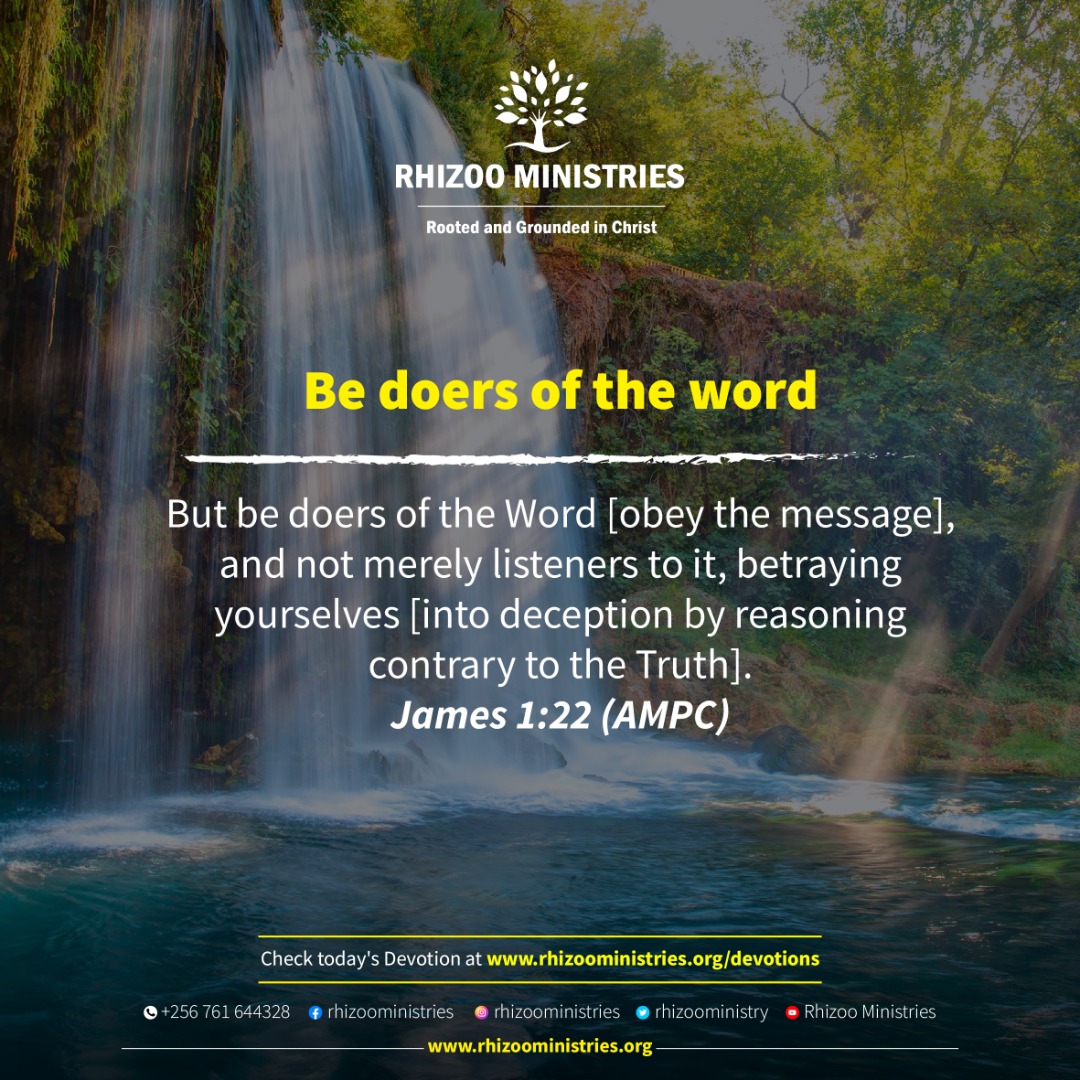 Be doers of the word

But be doers of the Word [obey the message], and not merely listeners to it, betraying yourselves [into deception by reasoning contrary to the Truth]. James 1:22 (AMPC)

The Word of God is living, it is life, and it makes alive. It is powerful, it is power, and it empowers. The Word is wisdom, and it makes wise, it is light and it enlightens.

To take advantage of all the benefits that the Word is, does and gives we must first hear it just as it is written that Faith comes by hearing and hearing the Word… Romans 10:17.

But this is not casual, uninterested, passive unresponsive hearing that’s referred to here.

It is hearing the Word attentively, accompanied by action that releases the life, power and all the other benefits in the Word.

The Word of God works for anyone who hears it and acts on it. When we hear the Word and respond by acting in line or agreement with it, we see positive results. This is what’s meant by being doers of the Word. For example, the Salvation Word or message is that whoever confesses that Jesus is Lord and believes in his heart that God raised Him from the dead gets saved. Romans 10:9, 10. When we hear this message and we whole heartedly respond by believing and confessing with our mouth as the Word says, we get saved. This is being a doer of the Word. On the other hand, if we hear the message of Salvation and simply stop there, even if we mentally assent to it, saying it’s good, it’s wonderful but not positively respond to the call, it won’t profit us, we remain as we are. This is what it means to be a mere hearer and not a doer of the Word, deceiving oneself.

It’s like food before us, we can look at it and talk about how mouthwatering it looks, praise the sweet aroma it gives off but until we pick it up, put it in the mouth and eat it it’s of no use to us.

Hear the Word of God today, continue hearing it until you’re persuaded of it, it’s then that you’ll truly act on what it says and that’s how you’ll get results. When the Word says do not worry about anything, as you continue to hear that, you’ll be persuaded that you don’t have to worry about anything, you’ll go ahead to confidently tell yourself that I don’t have to worry, what God has commanded me to do He’s given me the ability to do it.