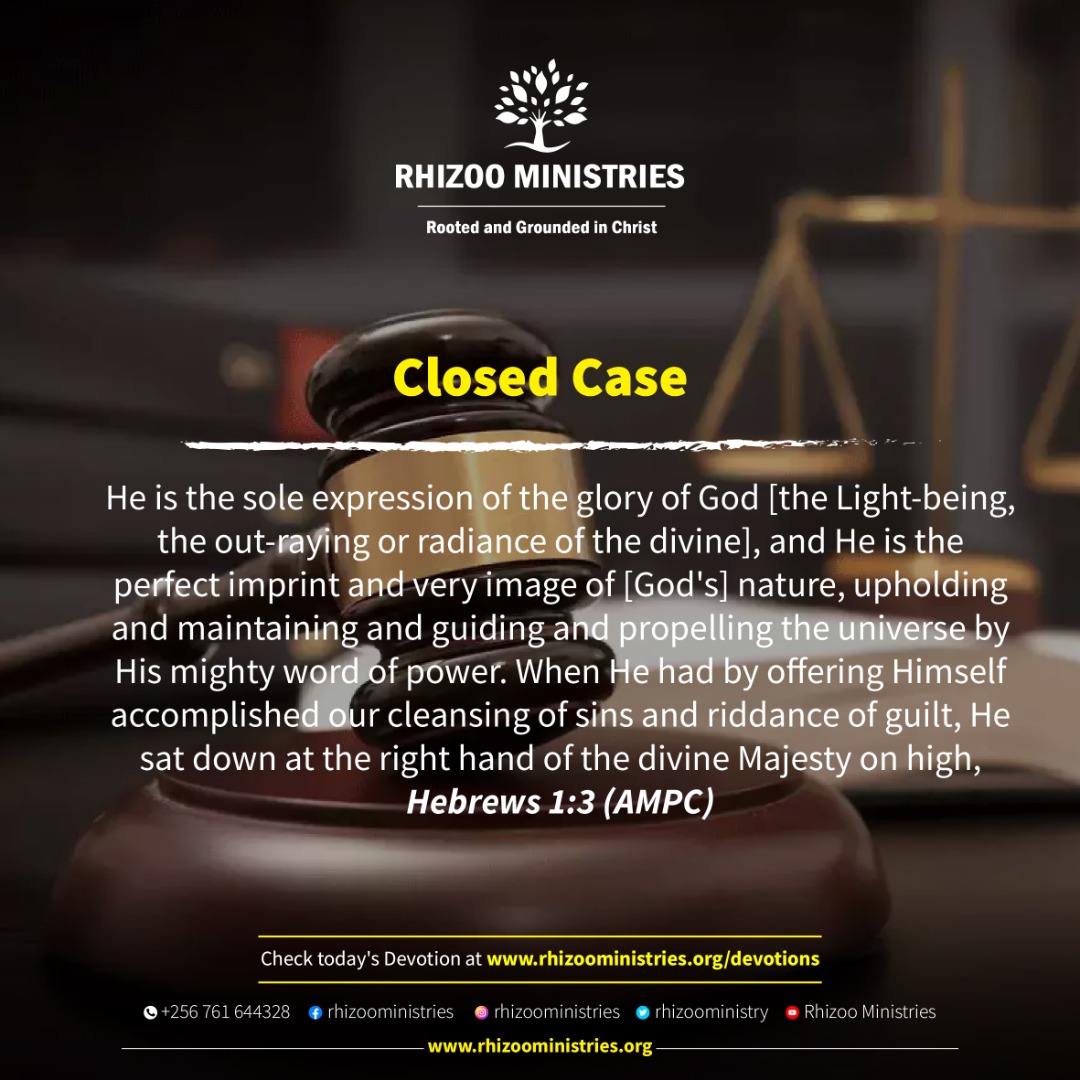 He is the sole expression of the glory of God [the Light-being, the out-raying or radiance of the divine], and He is the perfect imprint and very image of [God’s] nature, upholding and maintaining and guiding and propelling the universe by His mighty word of power. When He had by offering Himself accomplished our cleansing of sins and riddance of guilt, He sat down at the right hand of the divine Majesty on high, Hebrews 1:3 (AMPC).

Forty days after His resurrection Jesus ascended to heaven, and sat down at the right hand of God. Acts 1:1-3; Mark 16:19. Today more than two thousand years later, Jesus is still seated at the Father’s right hand. Jesus did not sit just for the sake of sitting or because He’s tired.

Our text scripture says “When He had by offering Himself accomplished our cleansing of sins and riddance of guilt, He sat down at the right hand of the divine Majesty on high”

The reason why Jesus sat and is still seated at the right hand of God is because He accomplished cleansing us of our sins and ridding us of our guilt. Jesus’ seating is a declaration, signifying, and confirmation of our completed redemption. Just like a master artist having applied the final stroke of the brush on his master piece, sits back in delightful satisfaction over his perfect work knowing that it’s finished, nothing needs to be added to or removed from it.

In the same manner the judge in a courtroom hit down the gavel in favor of the accused judging that “not guilty”, case closed, Jesus sat down because our case was closed.

The reason there’s no condemnation for us who are in Christ is not because we’ve done everything right but rather because Jesus in His love for us cleansed and freed us from the bondage of sin. Revelation 1:5.

The case of any accusations or charges against you was closed in Christ’s crucifixion, death, resurrection and seating at Father God’s right hand. Refuse to live in guilt and condemnation. Reject that mindset of unworthiness. Resist that attitude of inferiority. Live, walk with your head lifted up high as one whom the highest Judge of the universe, God Most high has acquitted and declared righteous because of Christ.