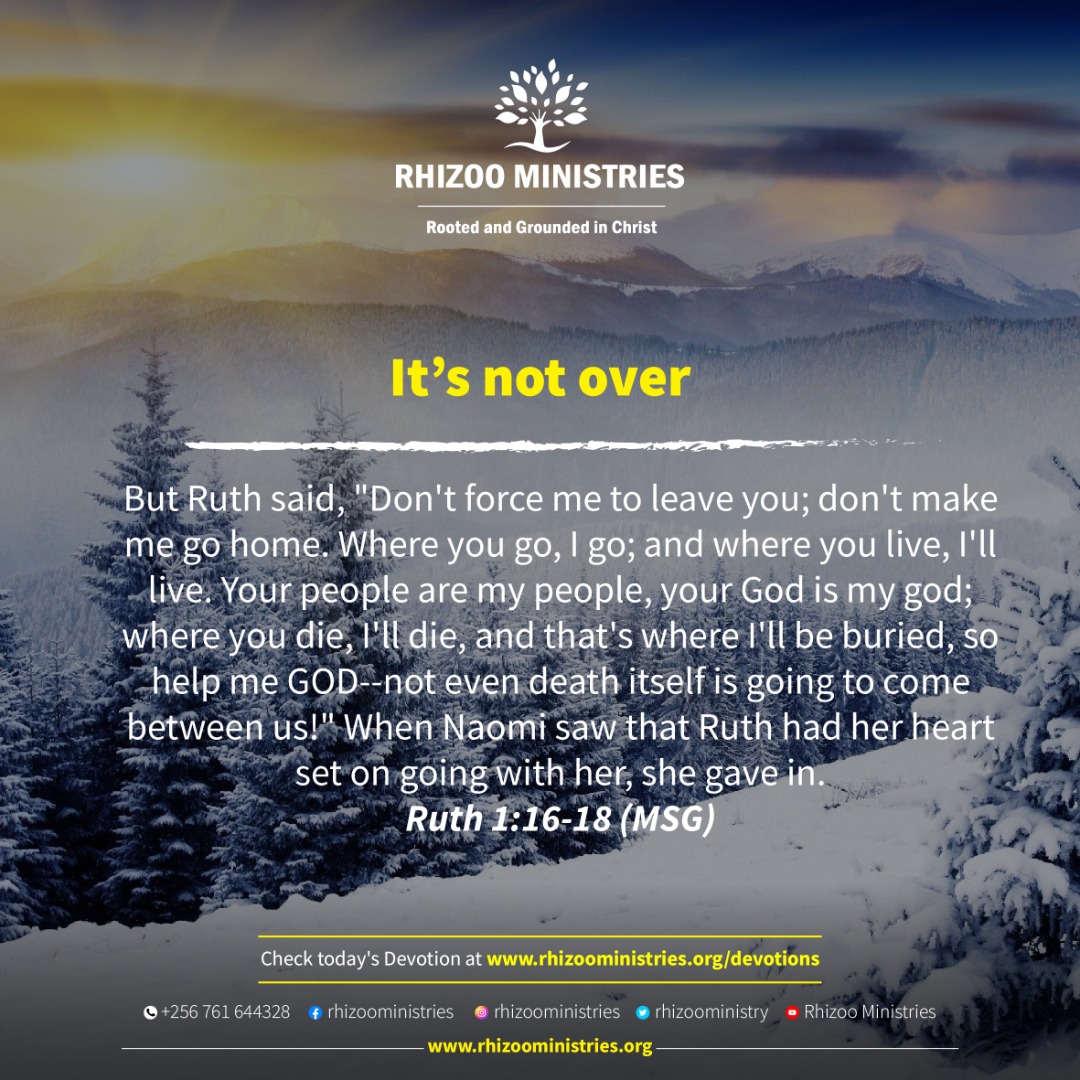 But Ruth said, “Don’t force me to leave you; don’t make me go home. Where you go, I go; and where you live, I’ll live. Your people are my people, your God is my god; where you die, I’ll die, and that’s where I’ll be buried, so help me GOD–not even death itself is going to come between us!” When Naomi saw that Ruth had her heart set on going with her, she gave in. Ruth 1:16-18 (MSG)

The book of Ruth is the first of the only two books in the Bible ascribed to a woman, the other one being the book of Esther.

Even today when we’ve made remarkable strides in women’s emancipation Ruth and Esther still stand out in heralding God’s high opinion, valuing and defending of those who are labeled inferior, worthless and trampled on by culture and religion.

It is so phenomenally abnormal for a woman to be portrayed as at the forefront, a heroine, leader, influencer, and role model, in literature set in a middle eastern culture where women were treated like junky disposable objects.

The validation and elevation of women is one of the aspects of the Bible that puts it in its own unique class far above and beyond all the rest of the books or writings ever written and will ever be written.

Ruth was a gentile young woman who got married to an Israelite man who unfortunately died early on in their marriage. Suddenly widowed at a young age she adamantly insisted on moving to a foreign country, people, culture and “God” she didn’t know. By faith she decided to follow her mother in-law Naomi herself a widow also. Naomi first fought Ruth off, telling her to remain in her country, explaining that she had nothing to offer her, that it was over between them. But Ruth wasn’t one to give up easily. For her it was not over. Ruth moved with Naomi to Bethlehem in Judah.

God caused all the events that unfolded to work out and fit into a plan for good for Ruth because she met Boaz a godly, good looking, rich dude! They got married and had a son called Obed who became the father of Jesse, the father of King David and it’s from this line that the Savior of the world Jesus Christ comes from. Don’t ever give up on life, hope, a loved one, a relationship, a dream, career, yourself, God. Because no matter how hopeless it looks or feels like, it’s not over!