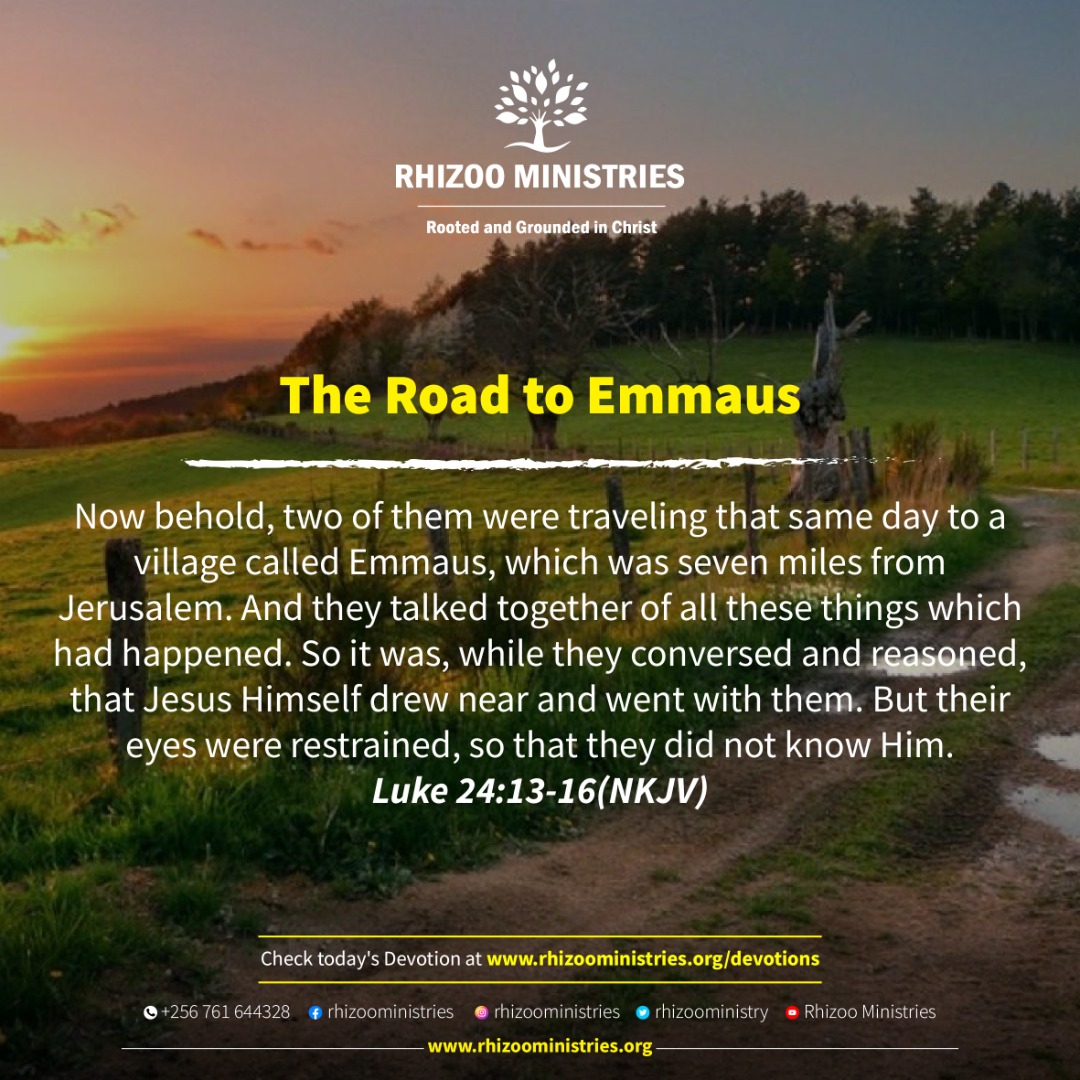 The Road to Emmaus

Now behold, two of them were traveling that same day to a village called Emmaus, which was seven miles from Jerusalem. And they talked together of all these things which had happened. So it was, while they conversed and reasoned, that Jesus Himself drew near and went with them. But their eyes were restrained, so that they did not know Him. Luke 24:13-16(NKJV)

Thomas was not the only disciple of Jesus who was not convinced that Jesus had risen from the dead until he physically saw and touched Him but even the rest.

Here on the road to Emmaus two disciples were talking in despair and disbelief concerning what had happened to Jesus. To them Jesus in whom they had placed a lot of hopes had been killed and it was over. But He was indeed risen and there on the road He joined them but they were prevented from recognizing Him physically.

He rebuked them for not believing what the Scriptures spoke about Him and beginning at Moses and all the Prophets, He expounded to them in all the Scriptures the things concerning Himself. Luke 24:27.

Later on, as they sat at table with Him their eyes were opened and they recognized Him as He broke bread and gave them.

We all have had our own Emmaus Road experience not once but many times and perhaps we will continue to have it. Some of us might be on that road right now.

What this means is just like with the disciples God has already done a mighty work for us or in us in confirmation of what He promised in His Word but because we are not focused on and convinced of the Word but rather preoccupied with the circumstances around us we walk around sad in despair. Even when God’s presence, power, provision is right before us it is hard to perceive it because our attention is set on what’s happening to or around us. But thank God for His Word. It’s the opening of the living Word of God that enables us to see clearly what God has already done for us.

Whether it’s peace or wisdom, healing or provision that you need. Though you may not be seeing it, you already have it there with you because Christ is there with you. Continue hearing the Word as the Holy Spirit opens it to you and you will realize, you will see that Christ in you is your peace, He is your wisdom, you already are healed by Jesus’ stripes, He’s already supplied all your needs according to His riches in glory in Christ.