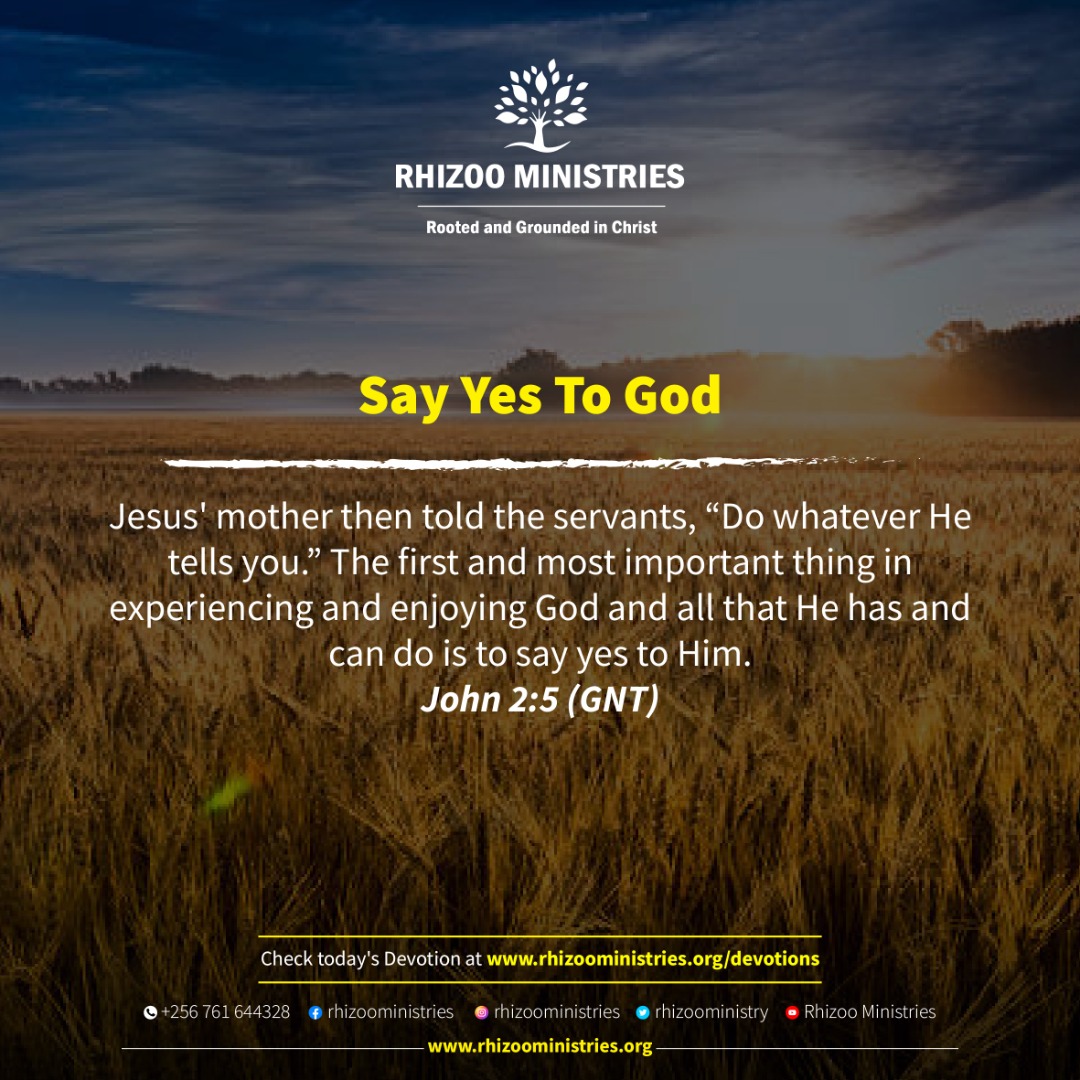 Jesus’ mother then told the servants, “Do whatever He tells you.”

The first and most important thing in experiencing and enjoying God and all that He has and can do is to say yes to Him. John 2:5 (GNT)

Turning water into wine is the first miracle or mighty work of God that Jesus did in His earthly ministry and it is recorded here in the Gospel of John chapter two.

John 2:11(AMPC) This, the first of His signs (miracles, wonderworks), Jesus performed in Cana of Galilee, and manifested His glory [by it He displayed His greatness and His power openly], and His disciples believed in Him [adhered to, trusted in, and relied on Him].

The key to this display of God’s greatness and power was saying yes to Him.

They had run out of wine at this wedding party where Jesus and his mother had also been invited.

The mother of Jesus tells the servants ” Whatever He (Jesus) tells you do it.”

Jesus is God in the flesh. Whatever God tells you do it. Say yes to God. This is what keeps the wine flowing and the party going. This is the drive of life.

Say yes to His Love, Grace, Mercy, and Truth. Say yes to His Salvation. Say yes to Jesus. This is how you get to see His presence, power, and provision active and operating in your life and situation.

To believe or have faith in God is to say yes to Him. When we do that we are upheld, we stand firm and are established.

2 Chronicles 20:20 (NKJV) So they rose early in the morning and went out into the Wilderness of Tekoa; and as they went out, Jehoshaphat stood and said, “Hear me, O Judah and you inhabitants of Jerusalem: Believe in the LORD your God, and you shall be established; believe His prophets, and you shall prosper.”