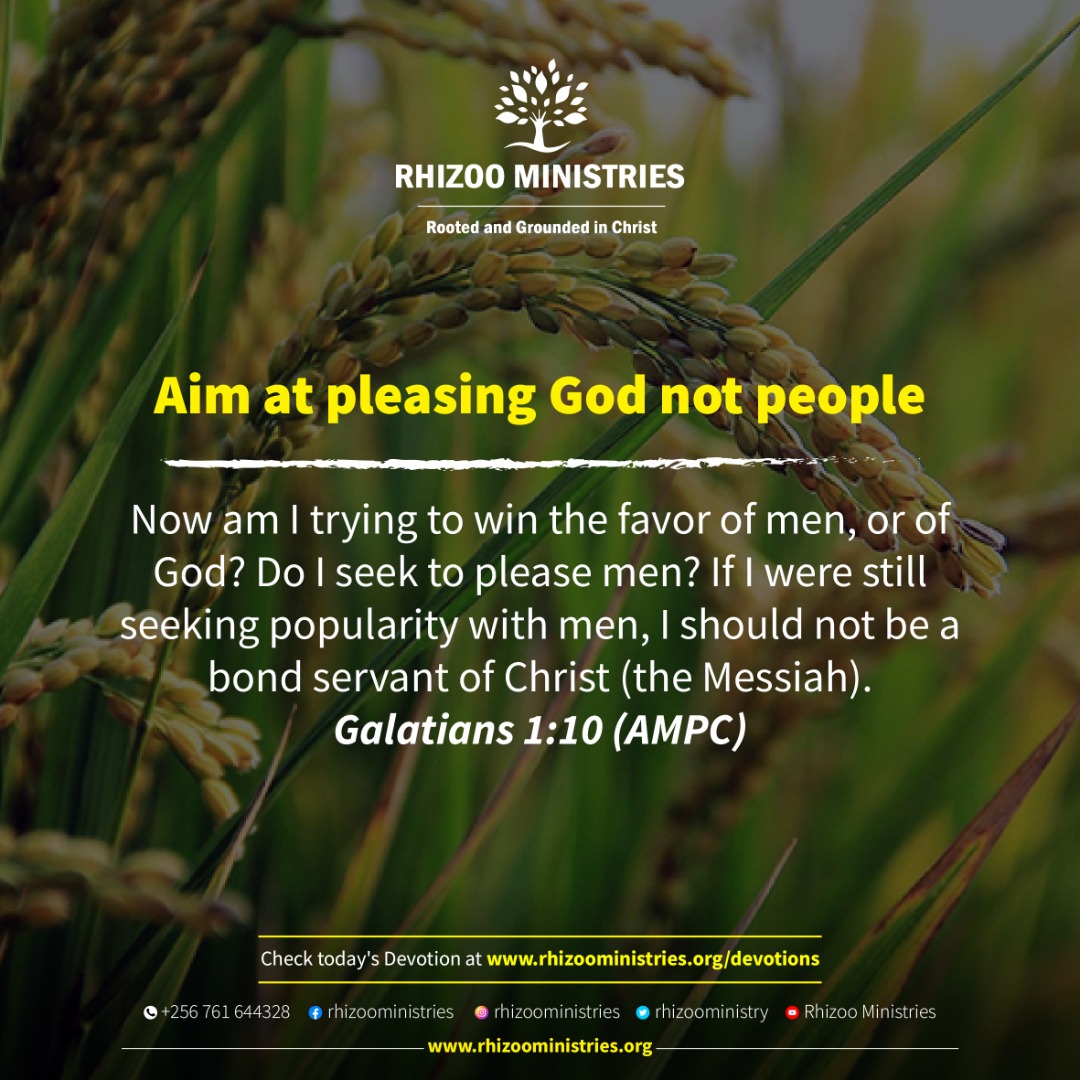 Aim at pleasing God not people

Now am I trying to win the favor of men, or of God? Do I seek to please men? If I were still seeking popularity with men, I should not be a bond servant of Christ (the Messiah). Galatians 1:10 (AMPC)

You cannot serve two masters at the same time. We can’t serve and please men and God at the same time. The interests of men are always contrary to and in conflict with those of God. What is exalted among men is an abomination to God.

Luke 16:15 (AMPC) But He said to them, You are the ones who declare yourselves just and upright before men, but God knows your hearts. For what is exalted and highly thought of among men is detestable and abhorrent (an abomination) in the sight of God.

Two verses before the above Scripture Jesus had just said that we cannot serve both God and money. See- Luke 16:13. Man is money minded, material mastered. Therefore to please man you have to serve money. But in doing so you have just scoffed at and turned your back to God because He’s after the heart, focuses on the motives and values the lives of people.

When the prophet Samuel by God’s instruction went to anoint a king from among Jesse’s sons, he was also duped into thinking that being a king is about how one looks physically. When he saw the physically well-endowed eldest son, the prophet thought he was the chosen one but God told him: Look not on his appearance or at the height of his stature, for I have rejected him. For the Lord sees not as man sees; for man looks on the outward appearance, but the Lord looks on the heart. 1 Samuel 16:7 (AMPC). Whatever your pursuit in life follow after the heart. Is what you’re pursuing or doing from your heart or just only in your head? Are you impacting people’s hearts or impressing their minds? What are your motives? Is it to gain material things or money? If that’s your motive then you’ll do everything people demand of you even when it’s against the way of God and your wellbeing. Build people’s lives instead of your reputation. Let God’s opinion about anyone and anything matter to you more than that of men.