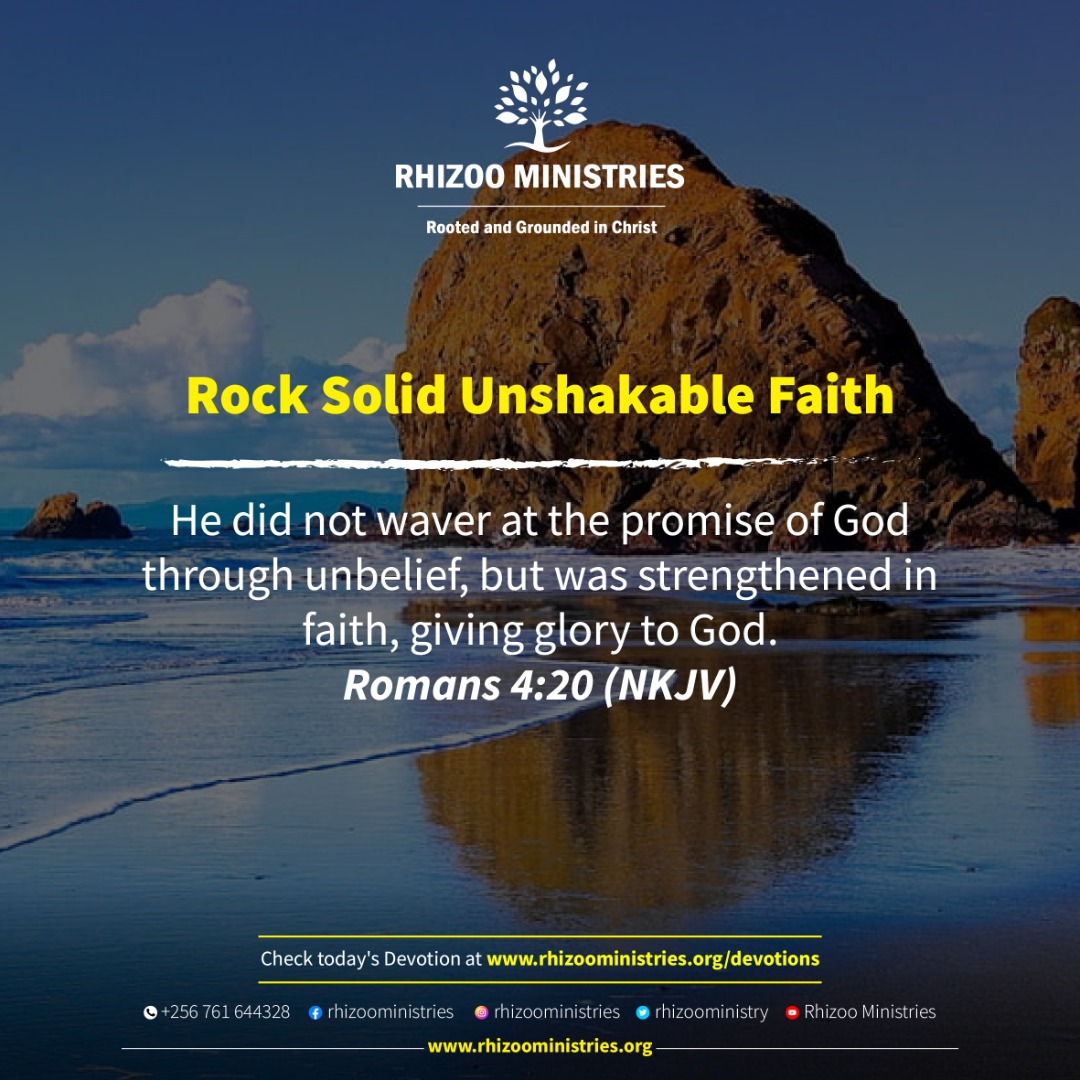 He did not waver at the promise of God through unbelief, but was strengthened in faith, giving glory to God. Romans 4:20 (NKJV)

A number of times Jesus rebuked the disciples and the Jews that “oh you of little faith”. He didn’t mean that their faith was small in size or magnitude because at one time He said all they needed was faith as small as a mustard seed!

This rock solid unshakable faith is referred to in our theme Scripture as strong faith. It is the kind of faith that doesn’t stagger at the promise of God.

The promise of God is the Word of God.

Rock solid unshakable faith is faith that keeps focused on what God has said as the truth no matter how the situation contrastingly looks.

Our theme verse is part of the account of Abraham who stood steadfastly on this rock solid unshakable faith and received what God promised. Romans 4:17- 21.

God who calls things which be not as though they were, told Abraham “I have made you a father of many nations” This is a man whose body was dead as far as having children was concerned being about a hundred years old and also his wife Sarah was barren.

In spite of the negative opposing conditions Abraham chose to side with what God said. He believed where according to natural, physical and sensual evidence it wasn’t reasonable to believe. Then after he witnessed come to pass what God had promised. He and Sarah had a child in their old age. How could Abraham do this? What made him not stagger at the promise of God through unbelief?