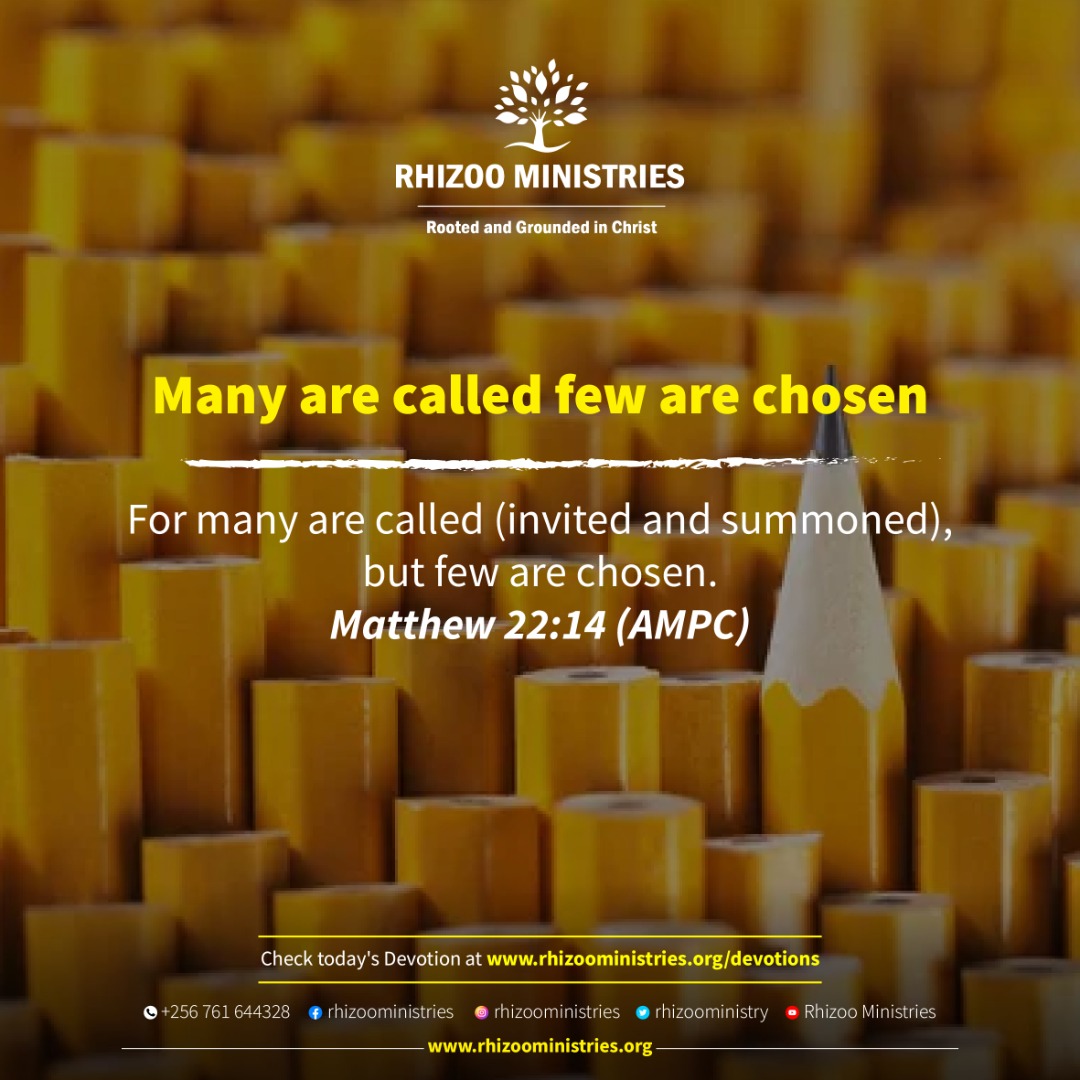 Many are called few are chosen

For many are called (invited and summoned), but few are chosen. Matthew 22:14 (AMPC)

When Jesus said many are called, few are chosen, He did not infer that God calls many then from those many He has called He chooses or selects a fortunate few.

Many are called actually means all are called. God has called, really invited all people to a relationship and fellowship with Him.

God instructs us to pray for ALL people- see 1Timothy 2:1. God desires ALL men to be saved-see 1Timothy2:3, 4. After He rose from the dead and before He ascended to heaven Jesus commanded and authorized us to go make disciples of ALL nations-see Matthew 28:18, 19. All and everyone is loved by God and has been sent an invitation to come to the banquet table of love, grace, forgiveness, life, and wholeness.

There’s no respect of persons or segregation with God, all are equally known and valued. He doesn’t want any to be lost. Now the God who has called everyone cannot force Himself on any one. He’s not a dictator He’s love, He’s peace.

All who are called are expected to willingly accept the call.

John 3:16-For God so loved the world that He gave His Son. He personally gave the invitation in His Beloved Son who came and died and rose for all. So now whoever believes the Son, whoever accepts the invitation receives the life that God offers.

But not everyone is willing to believe, accept and receive God’s calling or invitation.

John 1:11(AMPC) He came to that which belonged to Him [to His own–His domain, creation, things, world], and they who were His own did not receive Him and did not welcome Him.

The few who are not chosen are those who have refused, rejected and continue to resist God’s love call. They have chosen to turn down God’s invitation to the abundant life party. But God won’t give up on them, He continues to woo and convince them to come. He’s patient

2 Peter 3:9(AMPC) The Lord does not delay and is not tardy or slow about what He promises, according to some people’s conception of slowness, but He is long-suffering (extraordinarily patient) toward you, not desiring that any should perish, but that all should turn to repentance.