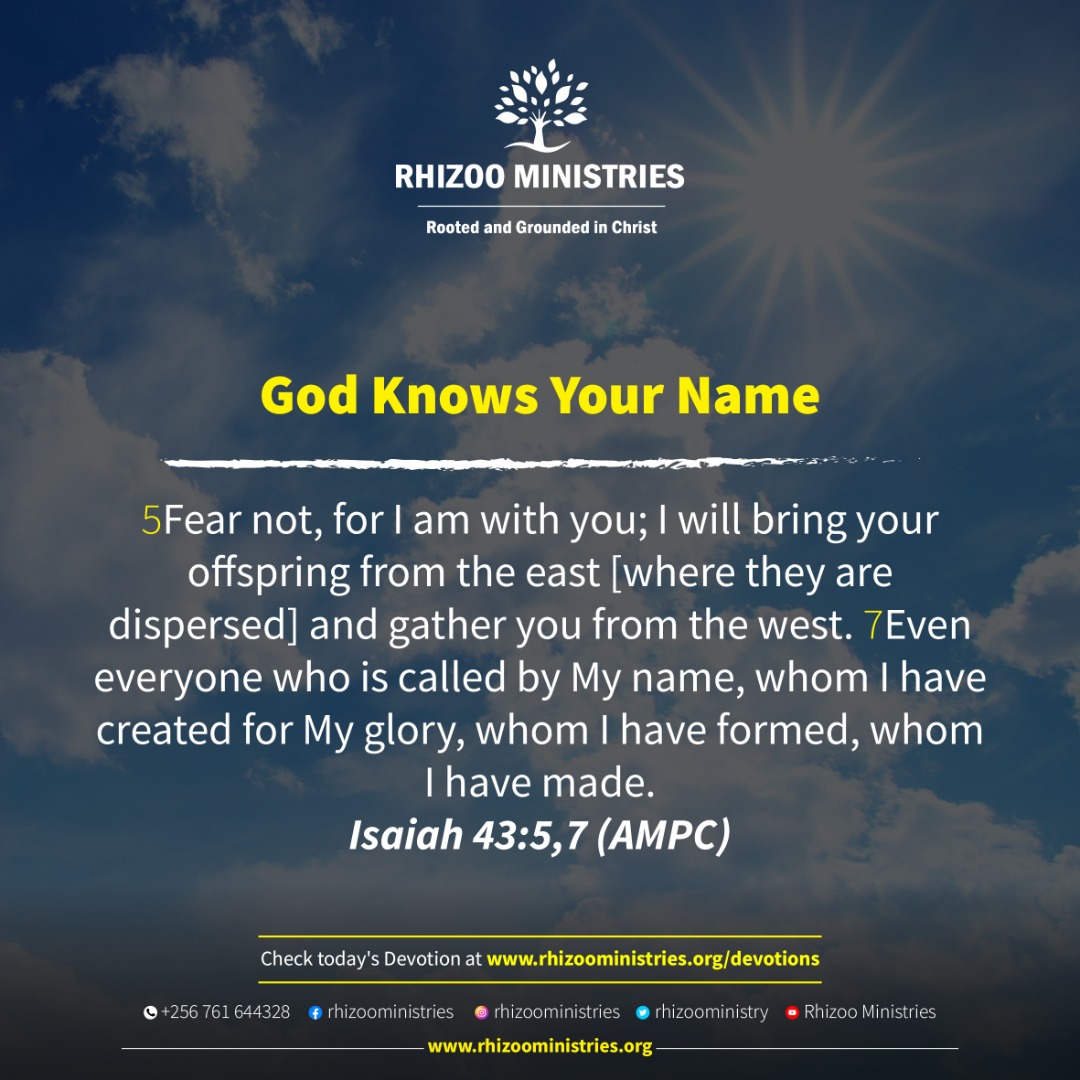 5Fear not, for I am with you; I will bring your offspring from the east [where they are dispersed] and gather you from the west. 7Even everyone who is called by My name, whom I have created for My glory, whom I have formed, whom I have made. Isaiah 43:5,7 (AMPC)

He knows your name. What’s in a name?

A name defines origin, identity, purpose, and destiny. A name is who you’re and what you’re here for. Jesus was named so because He came to save us from sin and the suffering and death that results from it.

Therefore His origin, identity, purpose, and destiny is salvation or to save. That is who He is that’s what He’s here for.

God knows your name means He knows you, He knows your origin, identity, purpose, and destiny. He doesn’t know the name that people, culture, religion, circumstances, experience, or achievement gave you.

God doesn’t define and relate with you based on natural, outward, physical, situational, emotional descriptions.

Galatians 3:28 (AMPC) There is [now no distinction] neither Jew nor Greek, there is neither slave nor free, there is not male and female; for you are all one in Christ Jesus.

He calls you by His very own Name.

Father God knows and calls you not by the name your parents, society, experience, training and personal achievements gave you but by the name that He Himself gave you – His very own Name!

In other words He knows you as His own! You belong to Him!

He relates with you as His own, known, valued, and loved son and daughter.

You’re His own. Know yourself, live and walk, according to who God knows and calls you.