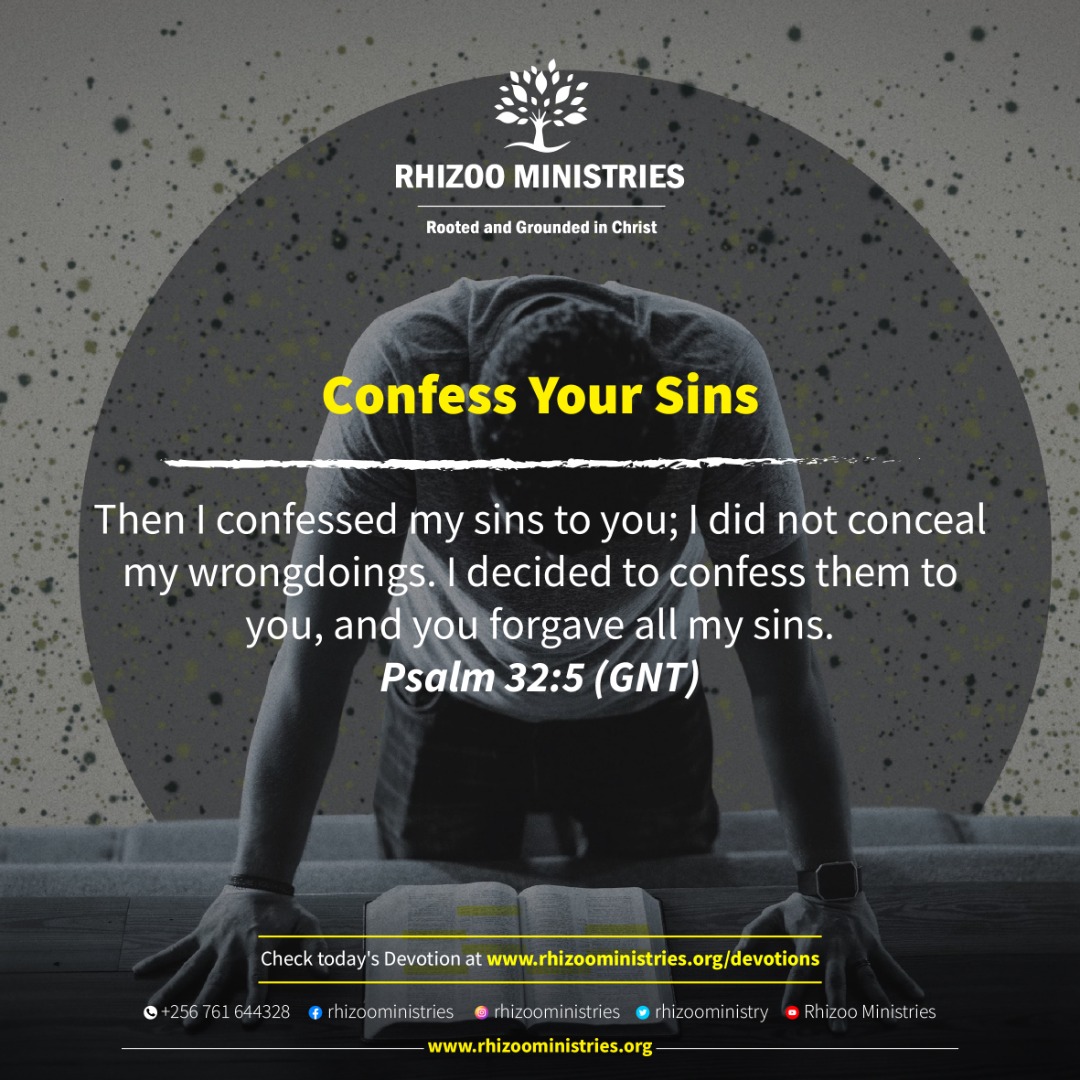 Then I confessed my sins to you; I did not conceal my wrongdoings. I decided to confess them to you, and you forgave all my sins. Psalm 32:5 (GNT)

Christianity is known as the great confession. It is the confession of Christ because Christians are those who confess or acknowledge Christ as their all in all. We confess who Christ is and what He has done for us.

Therefore true biblical confession of sins is more than merely telling every wrong thing we’ve ever done. In confessing our sins we no doubt admit we committed them but even much more than that we acknowledge, we emphasize, we focus on what God in Christ has done about our sins.

Let’s look in the Scriptures to see what the true Gospel confession of sins is.

We stand in or are upheld and sustained by the Gospel which was preached to us and which we believed. We are saved by this Gospel. To be saved is to be delivered, freed, healed, preserved, and made whole.

We are saved from sin by Jesus Christ through His Gospel or the Good News concerning Him and what He has done.

Now what exactly is this Gospel?

The Gospel or Good News of Jesus Christ is that He died for our sins and rose from the dead.

Our confession of anything including sins should be saying the same thing that God says.

What does God say about our sins?

Romans 4:25 (NKJV) He was delivered over to death for our sins and was raised to life for our justification.

God’s confession of our sins is that Jesus went to the Cross, shed His Blood, and died for our sins – Jesus paid for our sins. Then He rose because we were made righteous.

That should be the same confession from our heart, mind, and mouth.

So when you sin your confession should go beyond merely telling God what wrong you did but even more acknowledge what He already did about it in Christ. Know and thank God for the forgiveness of sins He’s already poured out to you in Christ’s crucifixion, death and resurrection.