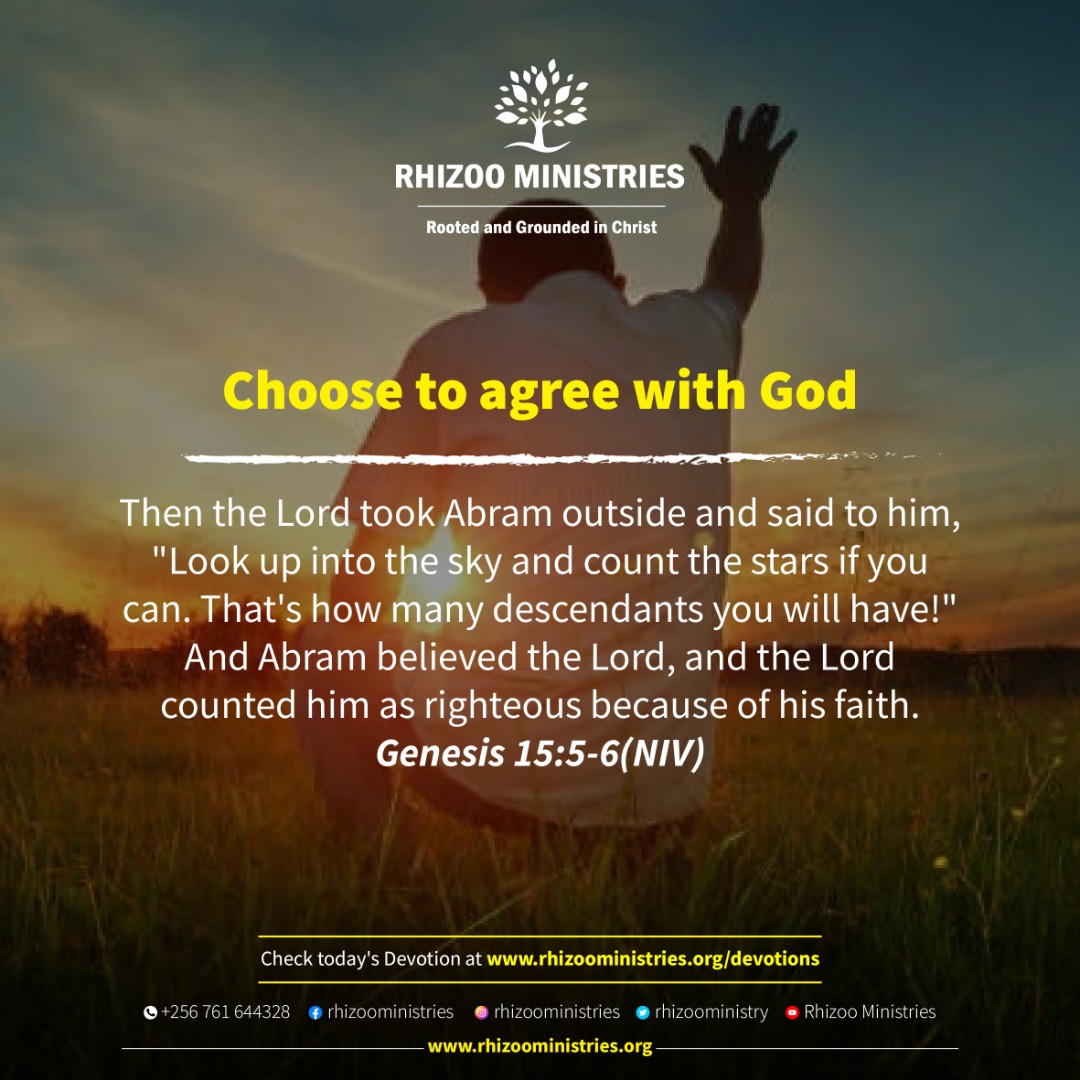 Choose to agree with God

Then the Lord took Abram outside and said to him, “Look up into the sky and count the stars if you can. That’s how many descendants you will have!” And Abram believed the Lord, and the Lord counted him as righteous because of his faith. Genesis 15:5-6(NIV)

When God said to Abraham that he had made him the father of multitudes, before Abraham physically had a child, before old Abraham and old barren Sarah showed and experienced the slightest physical change in their bodies, God was convinced that what He had said was already done.

Since God’s full constant attention is on His Word, we agree with God by agreeing with His Word. We see eye to eye with the Lord by looking to and continuing in His Word.

God told the Israelites that He had already given them the land of Canaan as their inheritance. Nevertheless, after they sent their spies there, they brought an evil report concerning the land saying they were not able to get in and possess the land, and they (Israelites) were in their own sight like grasshoppers before the enemies.  What they said and saw totally contradicted what God said. They disagreed with God. They all died in the wilderness except two men namely Joshua and Caleb.

To agree with God is to act like His Word is true.

When His Word tells us that we can do all things through Christ who strengthens us (Philippians 4:19) then that’s the truth regardless of how we feel.