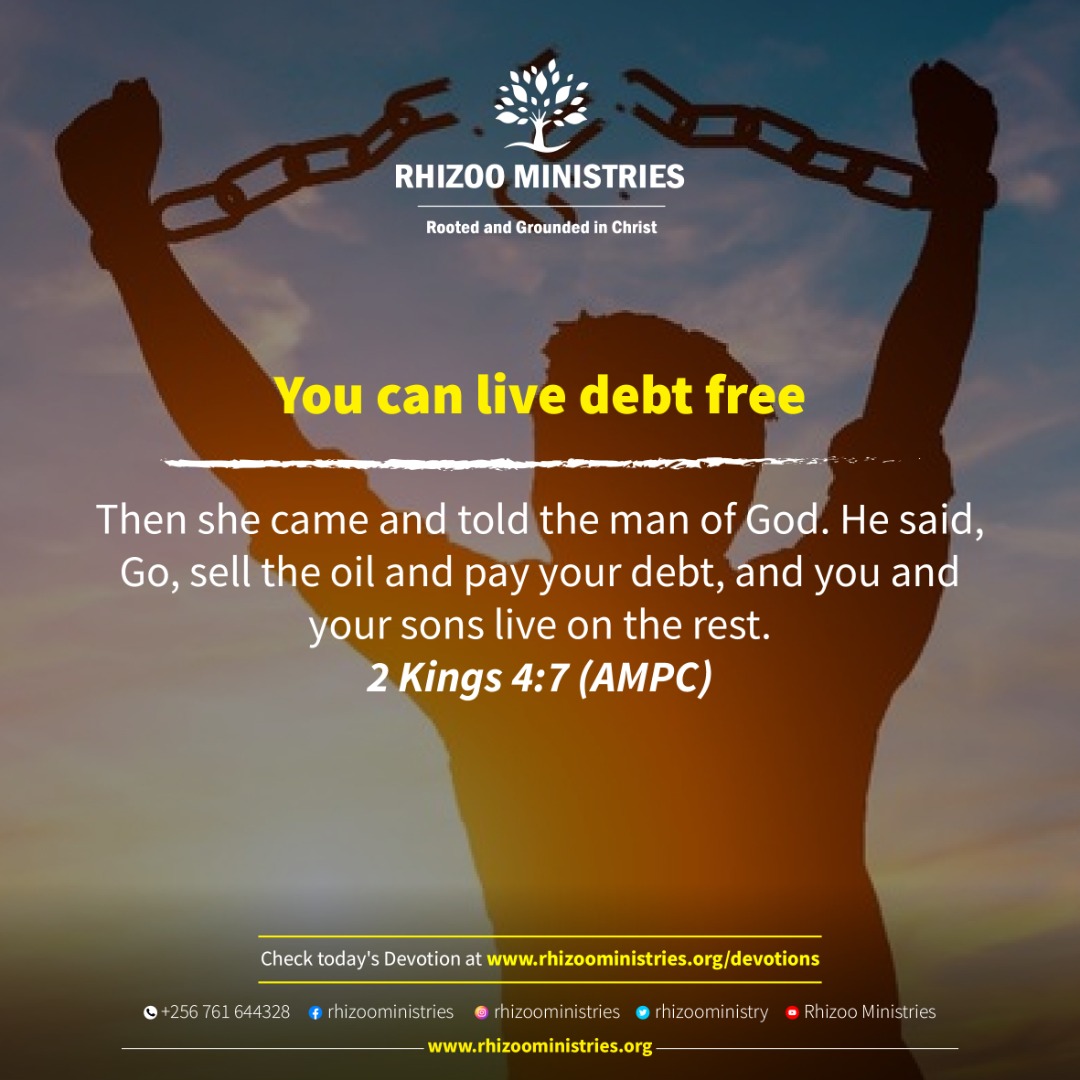 You can live debt free

Then she came and told the man of God. He said, Go, sell the oil and pay your debt, and you and your sons live on the rest. 2 Kings 4:7 (AMPC)

This is the story of a widow whose late husband had left a debt and the creditor had come to take her two sons to work as slaves to recover the debt.

She went to the prophet Elisha for help. He asked her what she had in the house and she replied a jar of oil. He told her to go borrow lots of vessels, shut herself and her sons in the house then pour the oil in the vessels.

They poured into all the vessels and when the last one was filled the oil stopped pouring. Now that is a miracle or a supernatural exploit.

Then Elisha tells her to sell the oil, clear the debt, and then go on to live debt free for rest of her life! Indebtedness or being in debt is slavery, it is bondage. The story of this widow so clearly and succinctly illustrates this diagnosis.

But thank God He is and has a way out of debt for us. First off it is God’s will and desire for us to live free and that includes free from debt.

We can live debt free because God commands it. Romans 13:8 (AMPC) Keep out of debt and owe no man anything, except to love one another.

The God way to get out of debt is what the widow in our text scripture did.

First, she took it to God, she talked to God about it. Take it to God, talk to God about it and get wisdom from Him on what to do. We may not all have access to prophets or men/women of God as in her particular case but the very same God that even these people rely on is already near us and in us. He’s also in His Word actually He is His Word. The second point is that what the woman needed to get out of debt was already with her in her house – the jar of oil. In and of itself it was ineffective but when the supernatural power of God came on it the not enough became more than enough. When we look to God, we will draw wisdom from Him and will see the solution to getting out of debt and living debt free right where we are with the same ordinary things in our hands and lives.