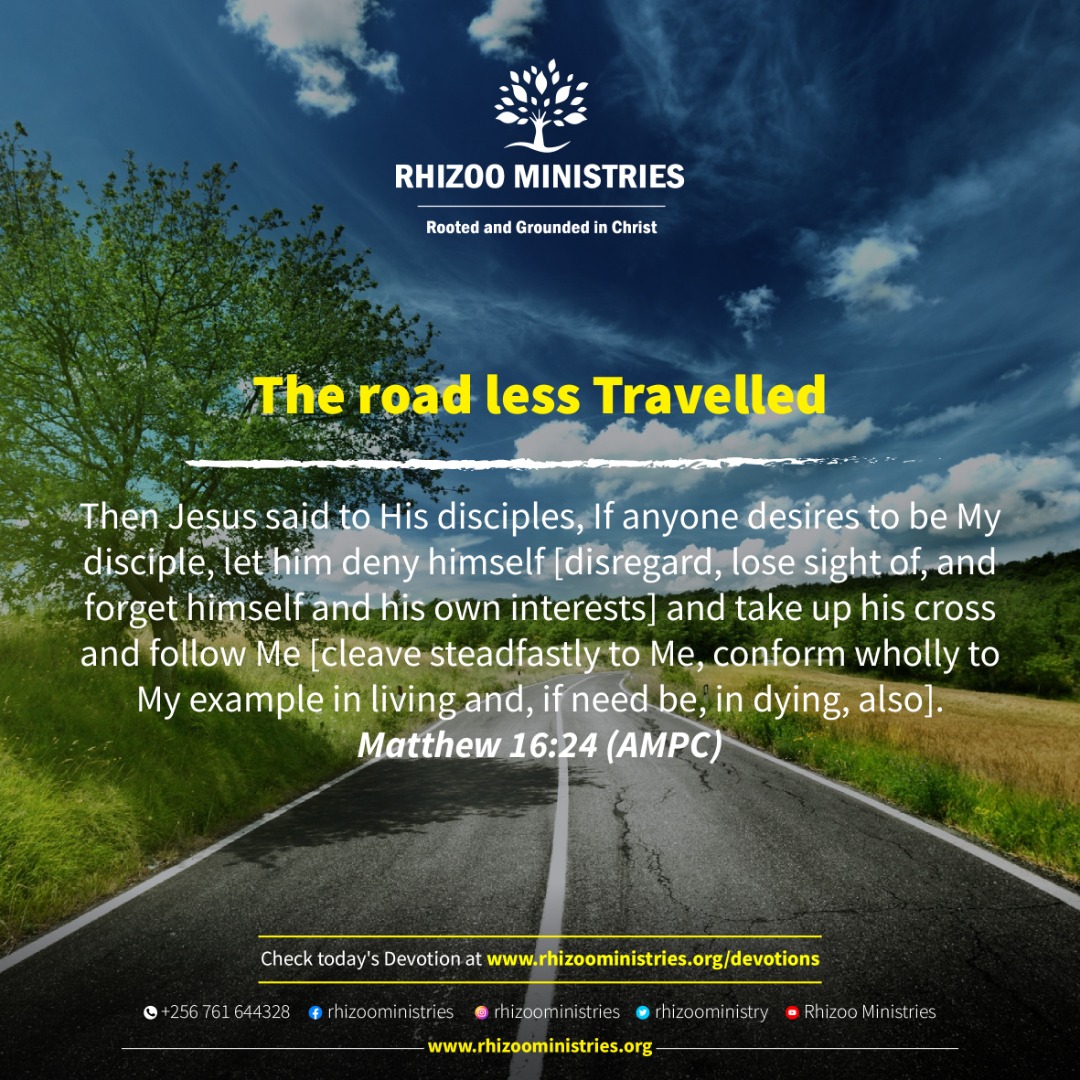 Then Jesus said to His disciples, If anyone desires to be My disciple, let him deny himself [disregard, lose sight of, and forget himself and his own interests] and take up his cross and follow Me [cleave steadfastly to Me, conform wholly to My example in living and, if need be, in dying, also]. Matthew 16:24 (AMPC)

The road less traveled is the way Jesus lived. It is the way that those who follow Him live.

Scripture describes this way as to deny yourself (disregard, lose sight of, and forget yourself and your own interests) and conform to Christ’s example of living.

In other words, it’s getting out of your comfort zone. It is swimming upstream, going contrary to the current.

It’s less traveled because so few people are willing and ready to step foot there. It is the road of selflessness, sacrifice, self-control and serving God and others.

It is in stark contrast to the opposite most traveled road of selfishness, self-centeredness, and self-preservation.

Denying yourself, disregarding, losing sight of, and forgetting yourself and your own interests doesn’t mean having no life of your own at all. It doesn’t mean leading a miserable existence. Rather it means letting go of temporary unfulfilling comforts, conveniences and security in order to lay hold of a higher, richer, much more fulfilling life.

Take an example of a person called to start His or Her Own business but is currently employed. Now there’s nothing wrong with being employed in fact most people in the world are employed. However, if this person has heard definitely from God that they have to start their own business then they have to decide to leave the comfort of a job that gives them a steady sure substantial monthly payment with accompanying cool allowances. If they don’t then as far as God is concerned this man or woman is living less than his or her full potential. They are limited in fully releasing and utilizing their gifts and abilities where they would be a blessing to many people.  Now  these people being called up higher to do something else even start a business calls for them to deny, disregard, and lose sight of the life they have known in that job in order to lay hold of the new higher more fulfilling life where they are fully engaged in all these abilities.