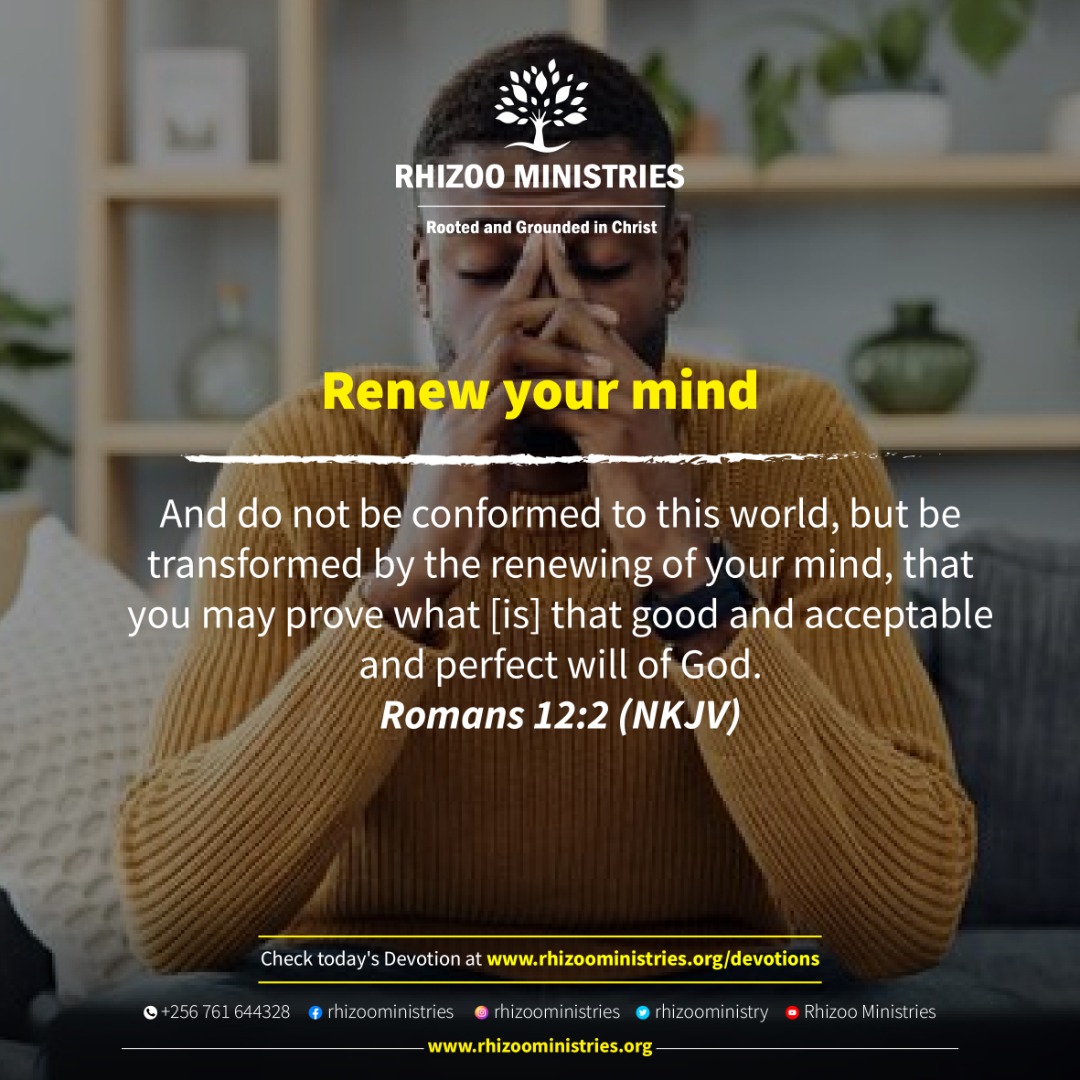 And do not be conformed to this world, but be transformed by the renewing of your mind, that you may prove what [is] that good and acceptable and perfect will of God. Romans 12:2 (NKJV)

We all desire growth and progress and rightly so because that’s what we are destined for.

When God created man, he declared “be fruitful and multiply and replenish the earth” That’s growth and progress.

Even in the rest of creation whether animals or plants when there’s no growth or progress something is clearly abnormal and amiss. Now growth and progress come from within. In the same vein stagnation, and regression also come from within.

Looking at the word information we see it made up of the words “in” and “formation”.

The information you have determines what’s formed inside you – in your heart and mind. It’s from this that your convictions and actions are formed. Then from these your life and world is formed.

When the information in your mind is growth and progress it means those are the qualities formed in you. That’s the formation in you. The result then will be convictions, and actions of growth and progress. Then your life and world will turn out exactly the same. On the other hand if the information you have is stagnation and regression that’s what will be formed in you, the formation on the inside. This will then form your convictions and actions which will result in the very same exact life and world.

If for instance the information in your mind is “I can’t, I’m not able” then that’s what will be formed on the inside of you. It will be your convictions that is you will be convinced you can’t, you are not able, then it will translate into your actions or behaviors, then your world will be one of I can’t, I’m not able. This was the case of Israel on the edge of the wilderness right before the border of the promised land. Numbers 13 and 14.  They had sent twelve spies to the land to search it out and when they came back, ten of them brought back a negative report of how they can’t, they are not able to possess the land. They said it was too big for them and the inhabitants of the land were giants and these spies saw themselves like grasshoppers before the giants. Now it wasn’t that the giants saw these spies as grasshoppers rather the Israelite spies saw themselves so! They never entered the land! Out of the twelve who had gone to spy, only the two spies Joshua and Caleb of whom God said that they had a different spirit entered and possessed the promised land. These two had a “I can” “I am well able” mindset that led to a “I can” “I am well able” world!