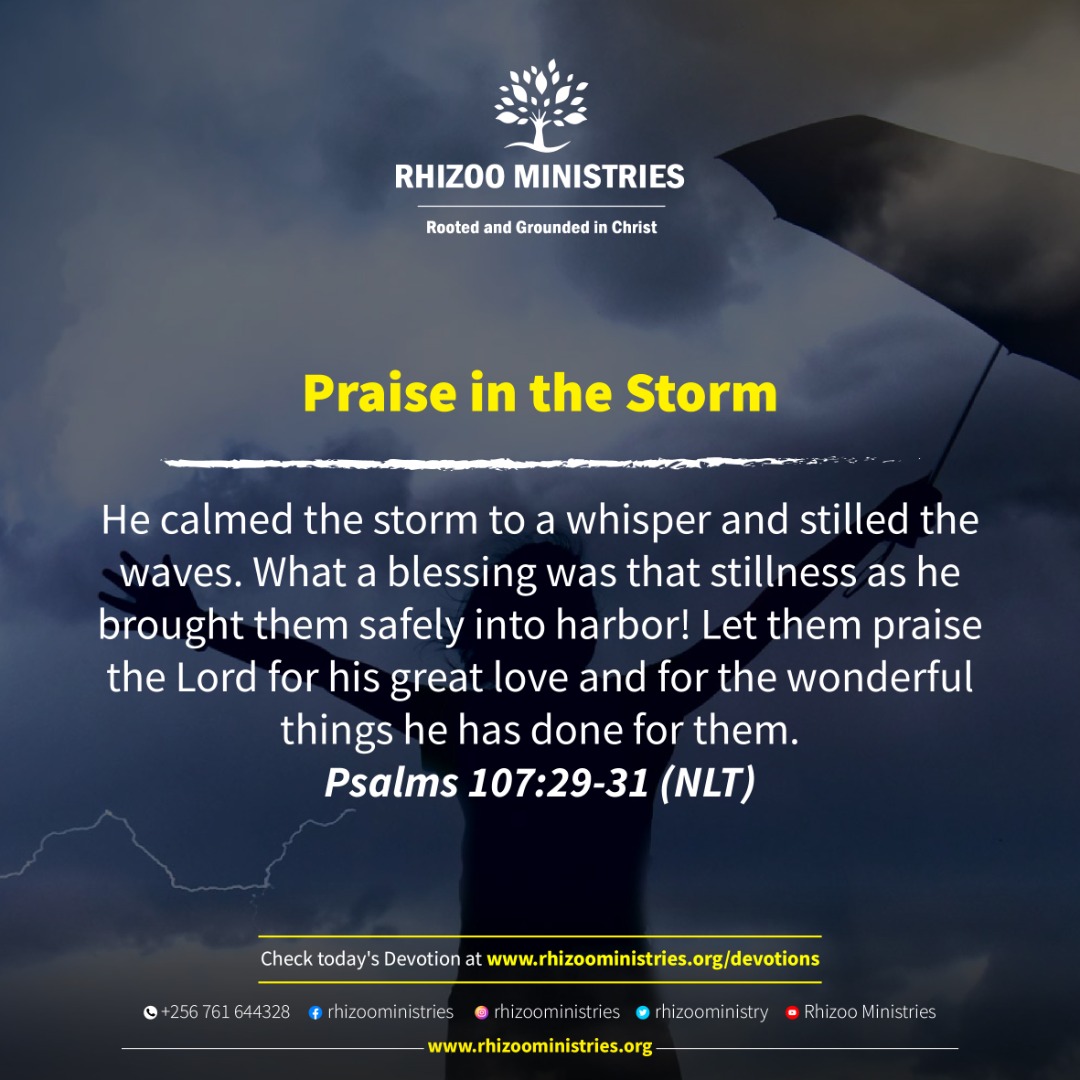 Praise in the Storm

He calmed the storm to a whisper and stilled the waves. What a blessing was that stillness as he brought them safely into harbor! Let them praise the Lord for his great love and for the wonderful things he has done for them. Psalms 107:29-31 (NLT)

God can either still a storm or cause you to sail still through a storm.

Either way it’s a mighty work of God and accomplishes the purpose of saving you and causing you to triumph.

Whether God stills a storm or enables you to sail still through isn’t up to you to decide but rather a matter of His Counsel. Your part is to fix your focus on Him who’s the storm stiller and storm rider.

But they finally remembered the storm stiller and rider – Jesus the wave master and water walker. They woke Him up and in a split second He had the storm quiet and calm with the divine rebuke of hush! Mark 4:36-39.

There’s Jesus in your ship in  whatever storm of situation you   may be going through. Now He’s not sleeping but His authority and power which He already entrusted to you in His Name may be sleeping, lying dormant in you awaiting to operate by your permission.

As you open your mouth to proclaim the mighty works and wonders of the God who rules, stills and rides over storms you release His power to either still the storm or cause you to sail still, unharmed, unmoved through it.

While in a storm, whether in your health, family, marriage, work, ministry, business, or finances, do not let your heart be troubled saying I’m drowning, I’m finished, no. Instead praise the Lord for His great Love and for the wonderful things He has already done for you.

Like the disciples turned to the Lord for help, praising the Lord is acknowledging and magnifying His person, presence, and power above everything else including that problem you’re facing.