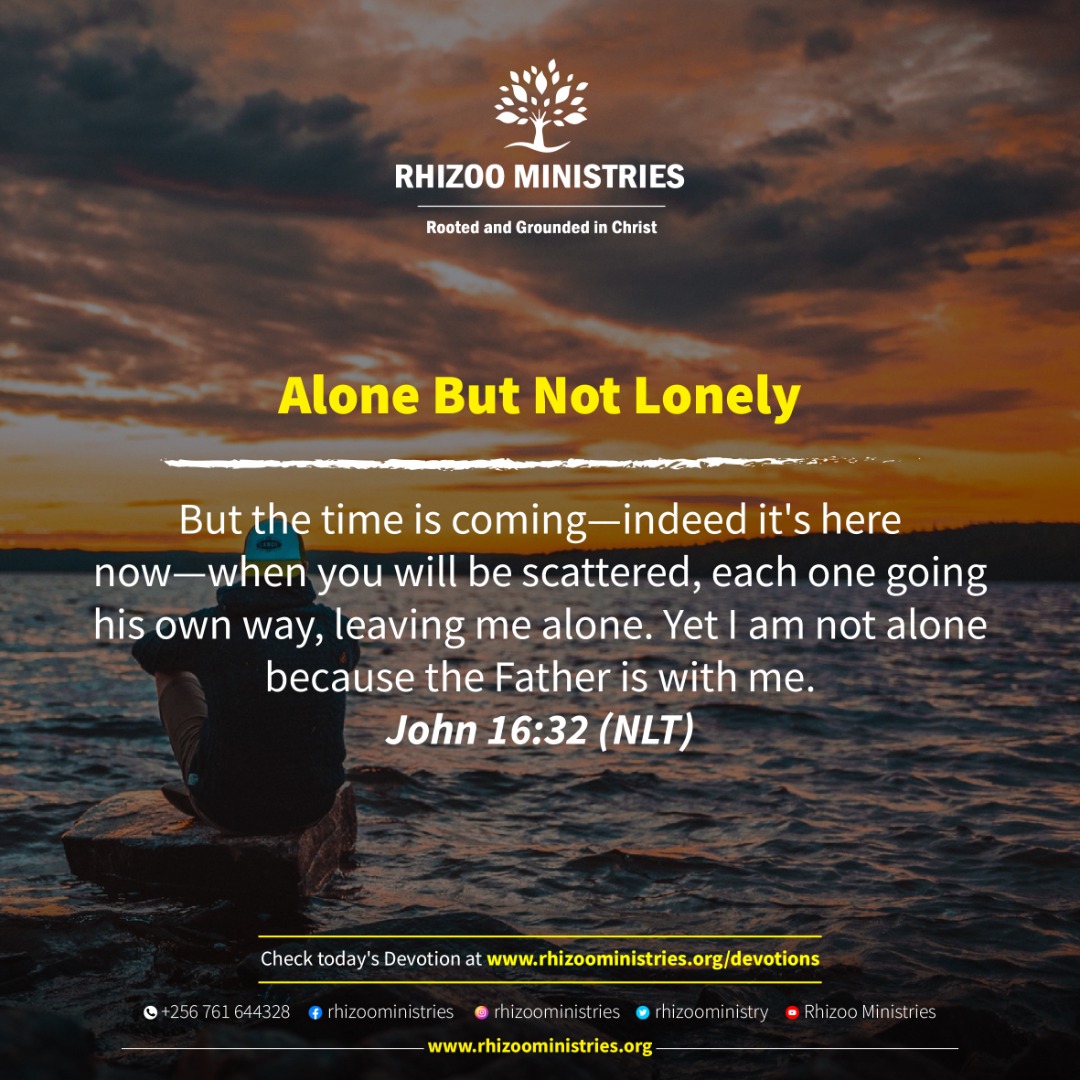 Alone But Not Lonely

But the time is coming—indeed it’s here now—when you will be scattered, each one going his own way, leaving me alone. Yet I am not alone because the Father is with me. John 16:32 (NLT)

Being alone doesn’t mean you’re abandoned and left to yourself to tough it out on your own. It doesn’t mean loneliness.

Alone can be company because you can always be alone with yourself and God.

Many times Jesus was alone even when He was pressed on from every side by multitudes. But He was never lonely. Even when everyone including the disciples denied and deserted Him Jesus was never abandoned because the Father never forsook Him. Father God was always there with His Son.

At one time the woman with the issue of blood touched Jesus in the midst of a crowd that was pressing on Him and only Jesus knew. The disciples so close to him were astonished when He asked who touched me.

You may have many people around and close to you who don’t know what’s going on in your life. You may think you’re alone and it’s only you who knows but Father God is with you and He knows, is concerned, and actively involved with you and your situation. Even the closest most loving and caring of our acquaintances may leave and forsake us because of various reasons. But Father God can never leave nor abandoned us.

Isaiah 49:14-16 (AMPC) But Zion [Jerusalem, her people as seen in captivity] said, The Lord has forsaken me, and my Lord has forgotten me. [And the Lord answered] Can a woman forget her nursing child, that she should not have compassion on the son of her womb? Yes, they may forget, yet I will not forget you. Behold, I have indelibly imprinted (tattooed a picture of) you on the palm of each of My hands; [O Zion] your walls are continually before Me.

Listen to Him saying to you; “I am with you, I am in you, I am for you, I am your friend, I am your Helper”. Talk to Him about anything and everything because He is interested and eagerly listening to you. There can’t be loneliness here. It’s always company when you are alone with the Lord, the lover of your soul.