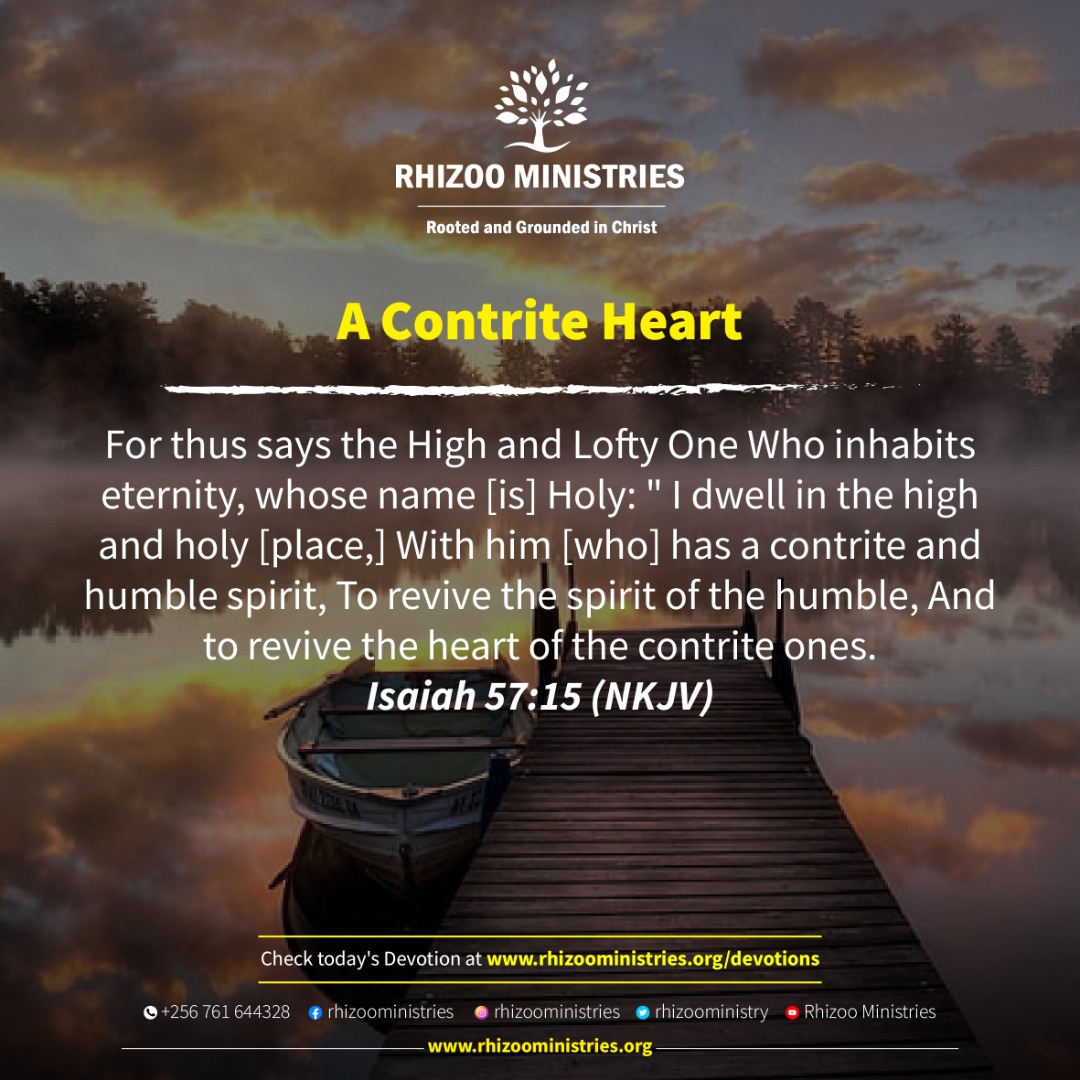 For thus says the High and Lofty One Who inhabits eternity, whose name [is] Holy: ” I dwell in the high and holy [place,] With him [who] has a contrite and humble spirit, To revive the spirit of the humble, And to revive the heart of the contrite ones. Isaiah 57:15 (NKJV)

The High and Lofty One always hangs out in the high and holy place in the company of those with a contrite and humble spirit.

God in His glory and greatness is at home with a contrite heart. He highly esteems and honors humility.

What was it about David that God was pleased with him? He had a contrite or repentant heart. Psalm 51 is David’s prayer of repentance after God confronted him through prophet Nathan with the sin he had committed. In verses 16 and 17 David acknowledges that the kind of sacrifice God desires isn’t the burnt animal offering, but rather the true sacrifice which God won’t despise or reject, the one that pleases Him, is a broken and contrite or repentant heart

Biblical repentance isn’t just acknowledging sin and feeling sorrow for it. True biblical godly repentance is a change of mind where we choose to agree with what God says accompanied with right corresponding actions.

Therefore a contrite or repentant heart that God delights in and keeps company with is the one that readily agrees with Him. When God says this is the way to go you choose to go that way.

When He says don’t do that instead do this you decide to go ahead and do it.

Here is an example Jesus gave of a contrite or repentant heart.

Matthew 21:28-31 (AMPC) What do you think? There was a man who had two sons. He came to the first and said, Son, go and work today in the vineyard. And he answered, I will not; but afterward he changed his mind and went. Then the man came to the second and said the same [thing]. And he replied, I will [go], sir; but he did not go. Which of the two did the will of the father? They replied, The first one. Jesus said to them, Truly I tell you, the tax collectors and the harlots will get into the kingdom of heaven before you.

Always change your mind to agree with what God says, always act on what the Lord tells you. That’s a contrite or repentant heart. It’s a heart after or like the Lord’s heart. God delights in and dwells with such a heart.