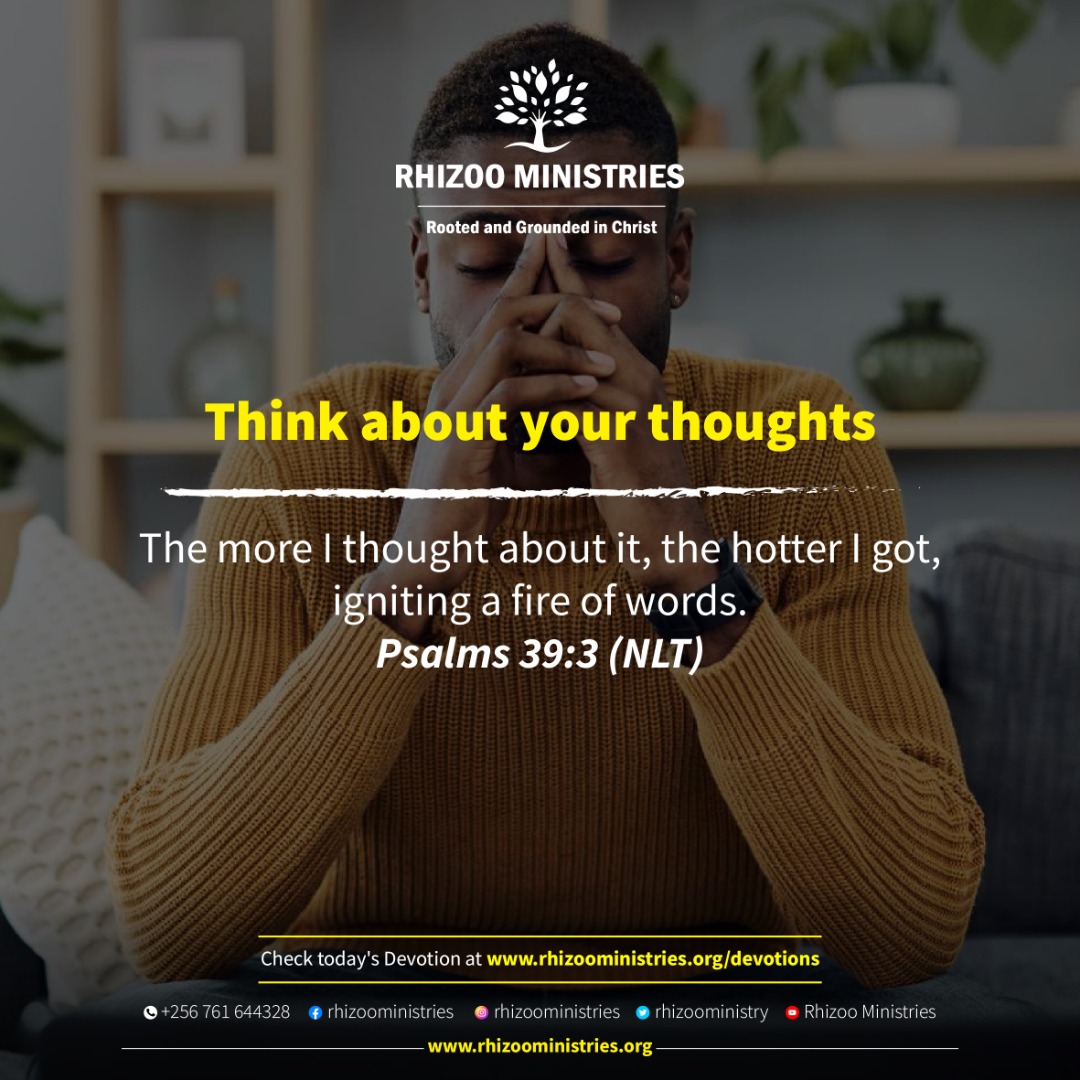 Think about your thoughts

The more I thought about it, the hotter I got, igniting a fire of words Psalms 39:3 (NLT)

What we think plays a very significant role in our life.

Your thought factory runs the production line of your life.

The psalmist was thinking about something. Whatever it was, he says that the more he thought about it the hotter he got. What one would tell off as a mere thought had the power to change this godly man’s emotions, attitude and temperament. It changed his perspective and therefore his behavior. He says it ignited a fire of words. A thought is like a match stick or a spark of fire or a single little live coal, it can ignite a great fire that would be difficult to put out once it has spread.

A peaceful thought when dwelt on long enough can light up a whole peaceful mood, producing a peaceful mind, leading to a peaceful person that would spread a whole atmosphere of peace around them wherever they go.

Likewise an anxious thought dwelt on long enough will lead to a life and world of anxiety.

Thoughts are like trees at seedlings level. They can be easily pulled out then. But if they are given time, attention, watered, then they are allowed to grow and once they are full grown, uprooting them is anywhere from very hard to impossible.

Deal with your life at the thought stage which is the foundational level. When you get your thought life in line it won’t be hard getting your life running in the right direction set to the desired course.