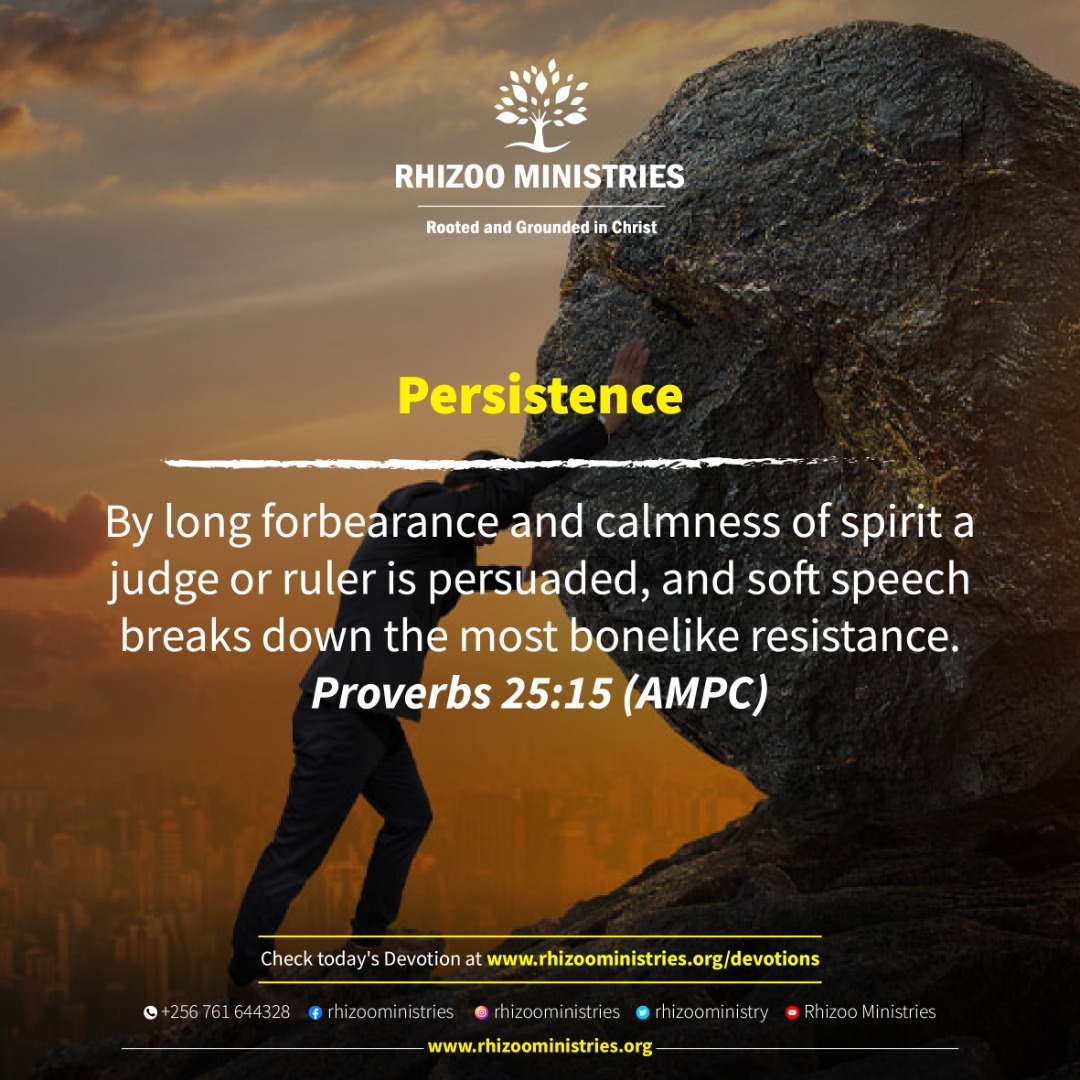 By long forbearance and calmness of spirit a judge or ruler is persuaded, and soft speech breaks down the most bonelike resistance. Proverbs 25:15 (AMPC)

Whatever you set out to do, keep at it till you finish. Never quit. That’s persistence.

Even a blind squirrel will once in a while get a nut if it doesn’t quit.

In His teachings concerning life principles Jesus sets forth a parable on persistence.

Luke 18:1(MSG) Jesus told them a story showing that it was necessary for them to pray consistently and never quit. Going on in verse 2 all the way to verse 5, He tells of a widow who persistently went to seek for justice against her adversary from an unjust judge who neither regarded God nor cared for people.

The judge wouldn’t have granted her justice because of his indifferent attitude but because she never quit pestering him he got worn out and finally gave in and granted her justice. The widow’s persistence got her what she wanted regardless of the odds.

The take away in this parable is that when we get to praying to God we shouldn’t quit on the way. Persistence is a character trait of faith. In Luke 18:8 Jesus talks about persistent faith.

When a little drop of water keeps on falling consistently in one spot on a rock it will eventually make a hole there no matter how long it takes. That’s what persistence does. That’s how you deal with hard situations.