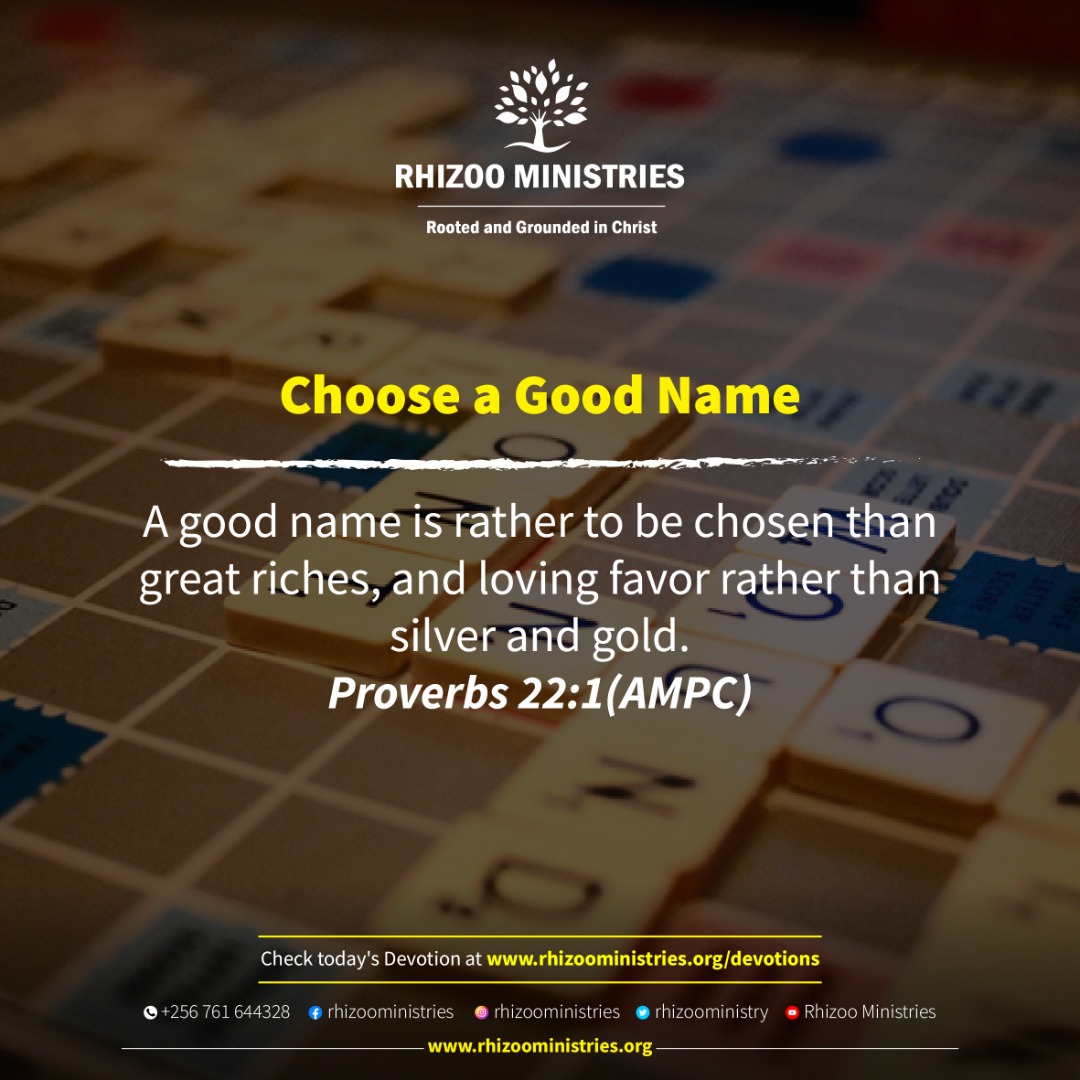 A good name is rather to be chosen than great riches, and loving favor rather than silver and gold. Proverbs 22:1(AMPC)

This is not referring to your name as in what you’re called whether Ken or Kate. Name here refers to reputation. The New Living Translation (NLT) says – Choose a good reputation over great riches; being held in high esteem is better than silver or gold. Proverbs 22:1

Reputation is being highly esteemed. It is character, it is honor. It is better to be held in high esteem, greatly honored than to have treasures.

The man who wrote this wise saying had both reputation and riches. He’s reputed to be the wisest man who’s ever lived and also the richest king. But Solomon is greatly known, celebrated, and remembered more for his wisdom a (quality of character or honor) than his riches.

Our Lord Jesus Christ Himself commended the queen of Sheba who came from a distant land to listen to the Wisdom of Solomon- Matthew 12:42 (NLT). The queen did not travel from that far to see Solomon’s wealth but rather to hear his wisdom which is one of the character traits of reputation or honor.

A good name or reputation is power, it is influence. Influence is more powerful than affluence. Relationships are built on and sustained by character or reputation rather than material possessions. A good name will take you and keep you where money is unable to. When people want documents of introduction, recommendation, or guarantee it always gets down to a good name, or reputation.

Never compromise honor just to get money or gain something material.

Surround yourself with men and women of character or honor and not just only with those who are deep-pocketed. A good name is a trademark, a brand name, a designer logo or label. A good name is an authoritative stamp and signature among men.