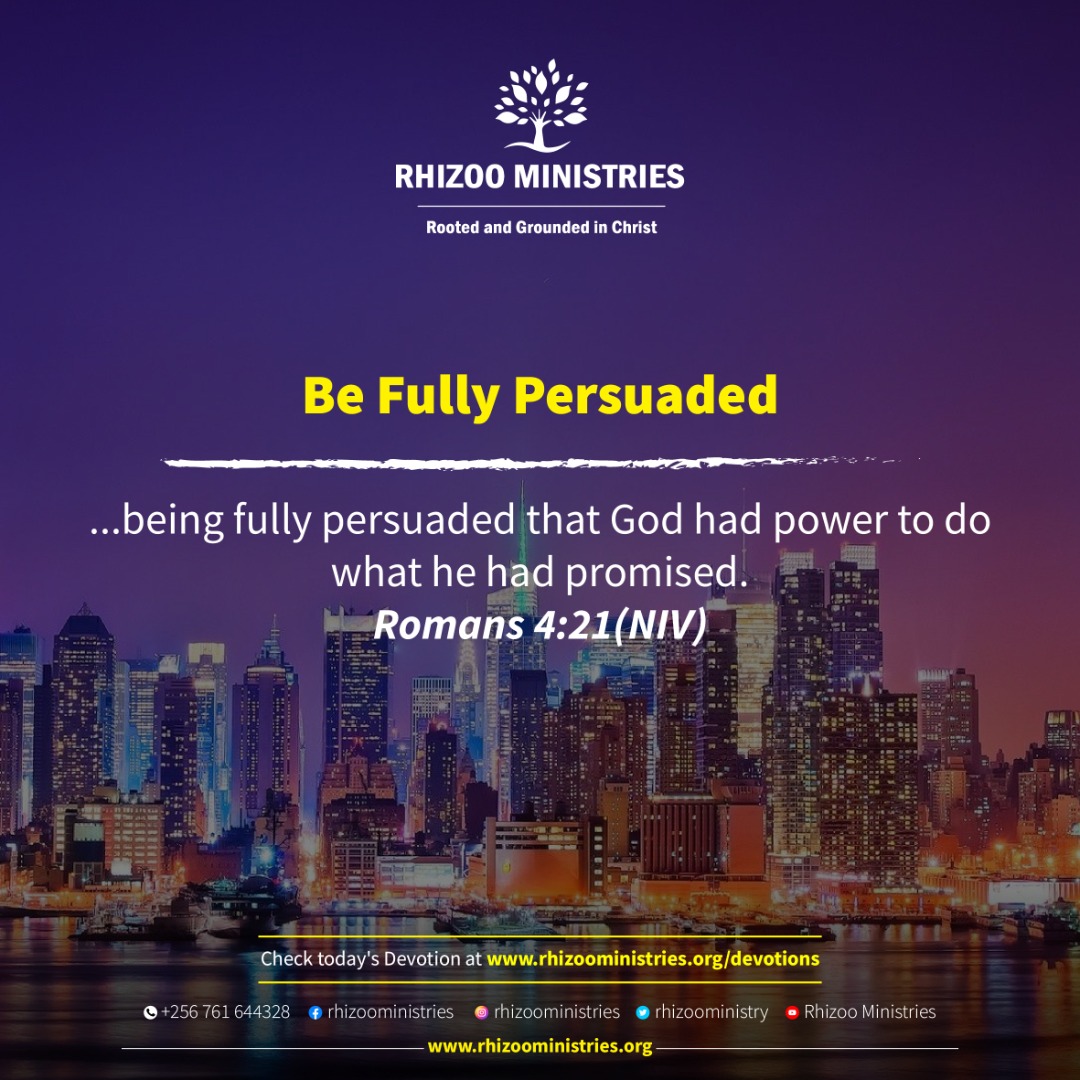 …being fully persuaded that God had power to do what he had promised. Romans 4:21(NIV)

This is the account of Abraham who believed God who told him that he would have a son in his old age with Sarah who was old also and barren.

We get to see what God has purposed, planned, and promised come to pass when we are fully persuaded in our hearts that He’s well able to perform it.

Let’s look at what persuaded him.

Romans 4:18 (NKJV)who, contrary to hope, in hope BELIEVED, so that he became the father of many nations, ACCORDING TO WHAT WAS SPOKEN, [ “So shall your descendants be.”]

Notice the capitalized words (emphasis mine) – “believed according to what was spoken”.

Being fully persuaded is faith and it comes by hearing the Word of God. Romans 10:17.

In order to be persuaded of God’s purpose, plan or promise we need to first hear it. That’s why God always speaks to us.

Romans 4:19 (NKJV) And not being weak in faith, HE DID NOT CONSIDER HIS OWN BODY, already dead (since he was about a hundred years old), AND the deadness of SARAH’S WOMB.

Notice the capitalized words (emphasis mine) – He did not consider his own body and Sarah’s womb. Secondly Abraham did not focus on the things that are seen.

If we are to be persuaded of the unseen purposes, plans and promises of God then we must get our focus off what we can see physically and reason intellectually. 2Corinthians 4:18

If Abraham had continued to look at his physical body that was old and Sarah’s womb that was passed child bearing and barren, he would have concluded intellectually, scientifically and biologically that it was impossible for them to have a child.

Romans 4:20 (NKJV) He did not waver at the promise of God through unbelief, but WAS STRENGTHENED IN FAITH, GIVING GLORY TO GOD,

Notice the capitalized words (emphasis mine) – Was strengthened in faith giving glory to God.

Thirdly and finally Abraham was strengthened in faith or in his persuasion as he gave glory to God. He praised and gave thanks to God. Giving glory to God is praising and giving Him thanks.

We are strengthened in our persuasion as we give glory to God, as we praise and thank Him.