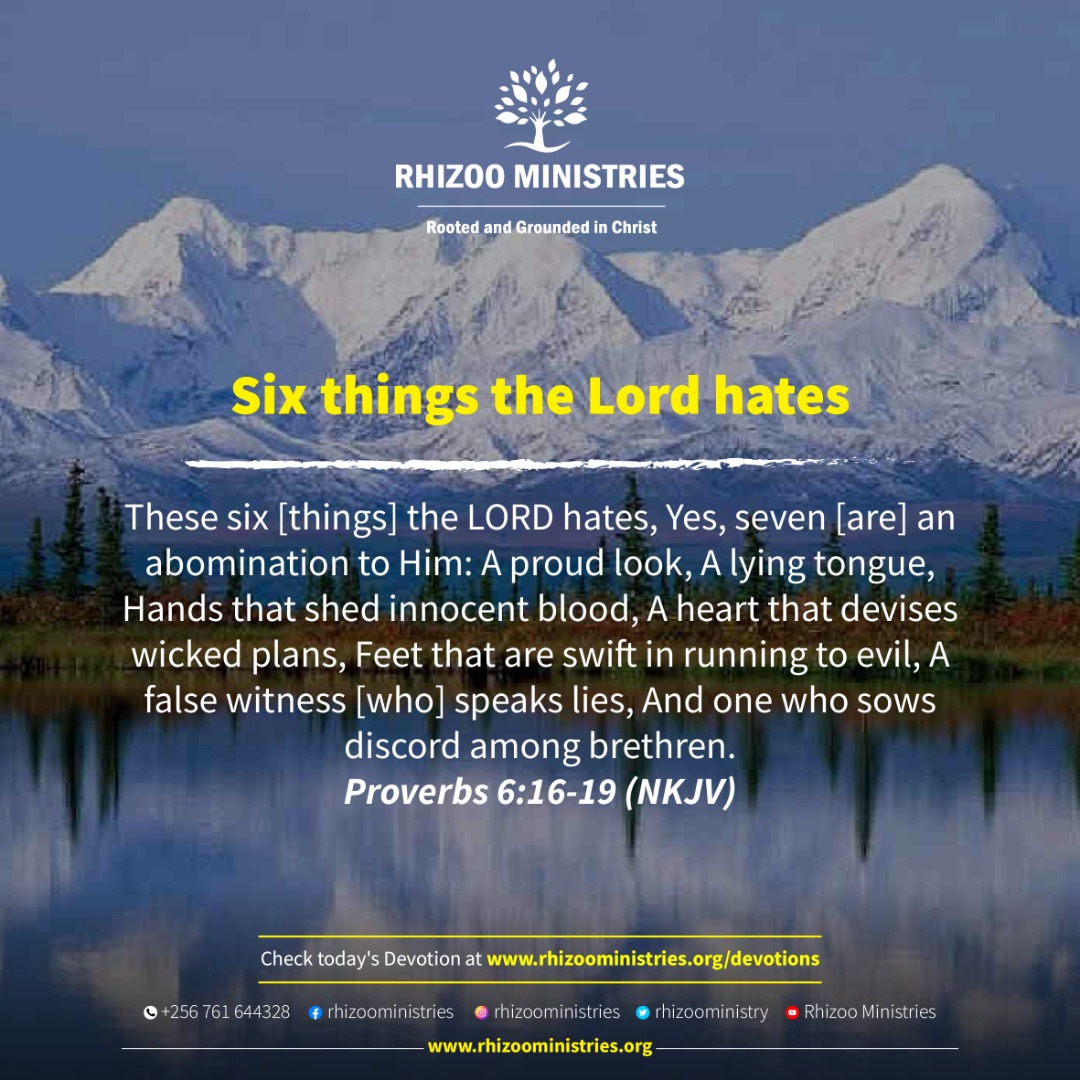 These six [things] the LORD hates, Yes, seven [are] an abomination to Him: A proud look, A lying tongue, Hands that shed innocent blood, A heart that devises wicked plans, Feet that are swift in running to evil, A false witness [who] speaks lies, And one who sows discord among brethren. Proverbs 6:16-19 (NKJV)

The Lord loves us so much that He hates anything that would hurt us. The reason why God hates these things is because they bring suffering and destruction to his children.

Why God hates these things:

The Lord hates hands that shed innocent blood because they directly attack God’s original and established intent for man to live.

The Lord hates a heart that devises wicked plans because whatever is devised in the heart comes out of the mouth and if it is wicked it defiles, contaminates, or pollutes people. Matthew 15:18.

The Lord hates feet that are swift in running to evil because they leave destruction and misery in their way. Romans 3:15-16.

The Lord hates the one who sows discord among brethren because this causes division which brings desolation and falling. Matthew 12:25.

Micah 6:8 (MSG) But he’s already made it plain how to live, what to do, what God is looking for in men and women. It’s quite simple: Do what is fair and just to your neighbor, be compassionate and loyal in your love, And don’t take yourself too seriously—take God seriously.