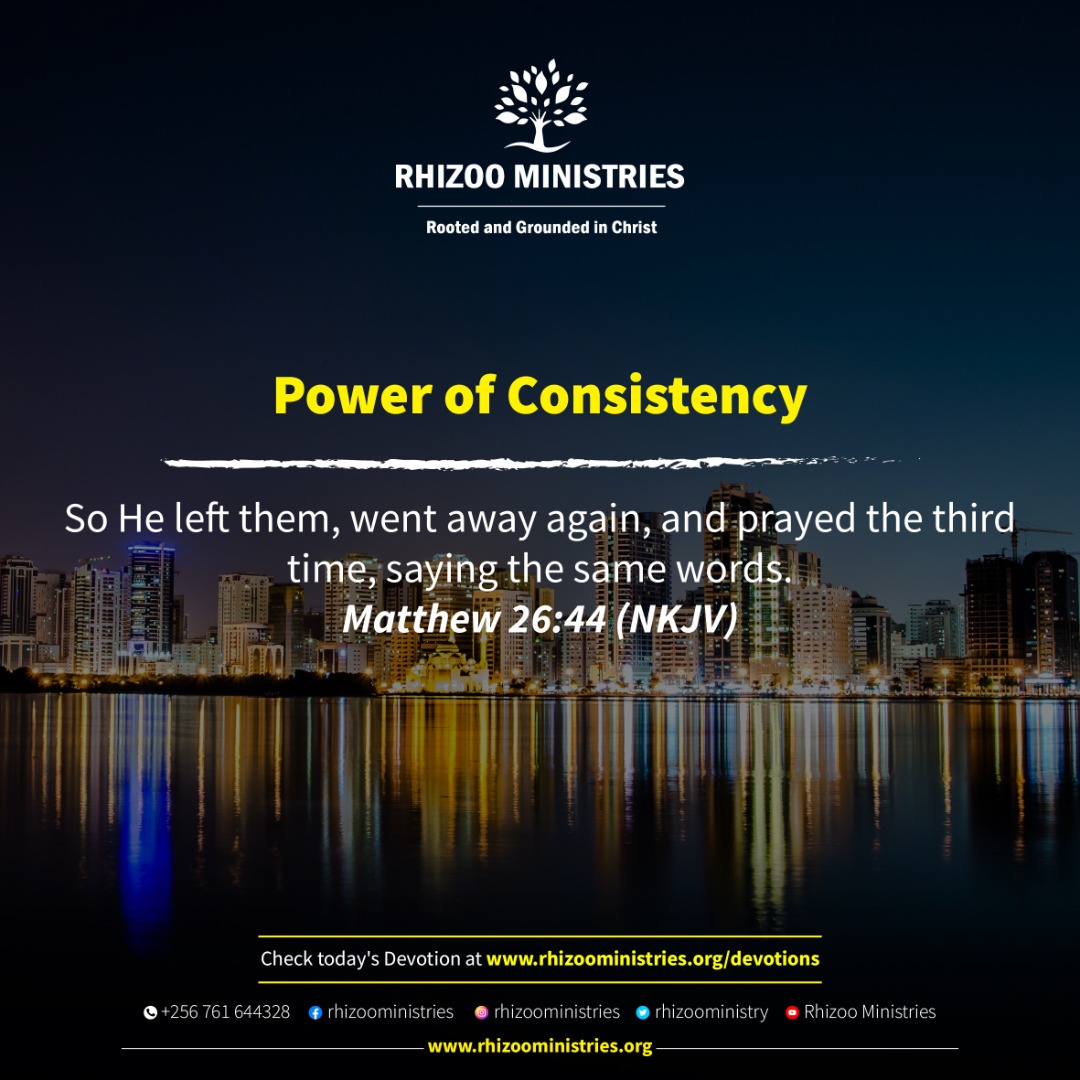 So He left them, went away again, and prayed the third time, saying the same words. Matthew 26:44 (NKJV)

Effectiveness is not in doing so many things rather it’s sticking to and continuing with one and the same thing until you see results.

Jesus is praying in the garden of Gethsemane where He had gone with His disciples.

Matthew 26:38-39 (NKJV) Then He said to them, “My soul is exceedingly sorrowful, even to death. Stay here and watch with Me.” He went a little farther and fell on His face, and prayed, saying, “O My Father, if it is possible, let this cup pass from Me; nevertheless, not as I will, but as You [will.]”

Already facing the horror of death on the Cross He prays to the Father submitting to His will.

In the following verse Jesus prays a second time saying the same thing He said at first.

Matthew 26:42 (NKJV) Again, a second time, He went away and prayed, saying, “O My Father, if this cup cannot pass away from Me unless I drink it, Your will be done.”

Now that is consistency. In his hour of great trial where He himself acknowledged that His soul was exceedingly sorrowful, even to death, Jesus was consistent in prayer. Not just praying but focused prayer. He focused on the Father and His will being done.

Luke 22:41-43 (NKJV) And He was withdrawn from them about a stone’s throw, and He knelt down and prayed, saying, “Father, if it is Your will, take this cup away from Me; nevertheless not My will, but Yours, be done.” Then an angel appeared to Him from heaven, strengthening Him.

Whatever you know you ought to do keep at it. Don’t grow weary or give up. If it’s prayer pray without ceasing. 1 Thessalonians 5:17 (AMPC) Be unceasing in prayer [praying perseveringly]. Like Jesus pray the will of the Father. Continue declaring His purposes. Speak what He says about you in His Word. Because the Word of God is His Will. In His prayer Jesus did not wander off into talking so much for so long about His situation, what He felt, or what the enemy was doing. He focused on the Father and His Will.