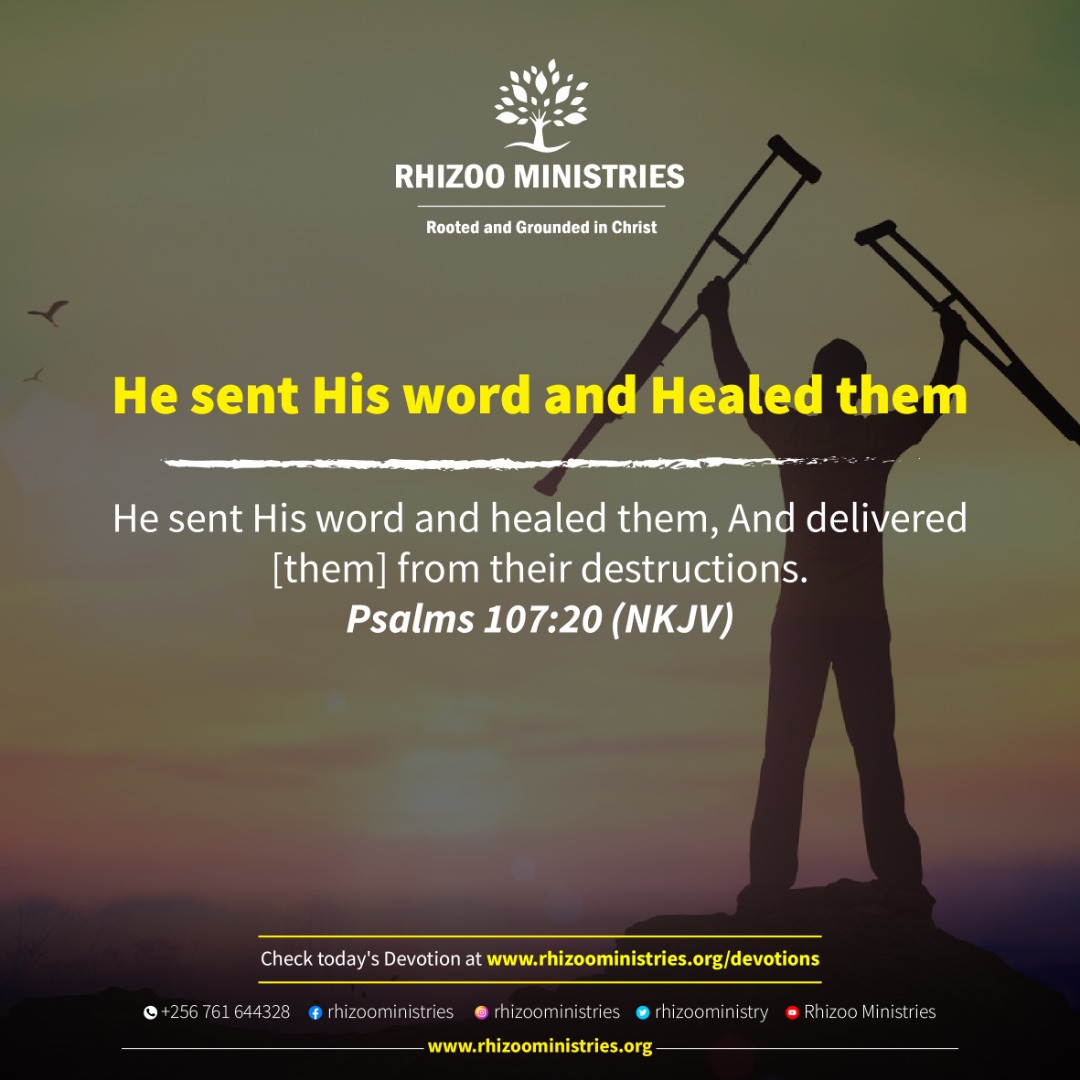 He sent His word and Healed them.

He sent His word and healed them, And delivered [them] from their destructions. Psalms 107:20 (NKJV)

Are you still asking God to send healing, deliverance, an answer, help, provision, revival, anointing, blessing, power or glory? Well he already did, He sent His Word already. Whatever God wants to do or give He uses His Word, He sends His Word.

When He wanted to create everything that now is (spiritual and physical, invisible and visible) He sent the Word to do it. See- Hebrews 11:3.

When He God Himself wanted to physically come and make His eternal home among us, He personally came through His Word. John 1:14 (AMPC) And the Word became flesh and dwelt among us, and we beheld His glory, the glory as of the only begotten of the Father, full of grace and truth.

Romans 8:32 (NKJV) He who did not spare His own Son, but delivered Him up for us all, how shall He not with Him also freely give us all things?

God gave us His Life when He gave us the Word of Life. See-1John1:1

He gave us His Faith when He gave us the Word of faith. See- Romans 10:8

He gave us His Grace when He gave us the Word of His Grace. See-Acts 20:32

He gave us His power when He gave us the Word of His power. See-Hebrews 1:3

We are partakers of and participators in everything God is and has through His promises or Word. 2 Peter 1:4 (NLT) And because of his glory and excellence, he has given us great and precious promises. These are the promises that enable you to share his divine nature and escape the world’s corruption caused by human desires.

Everything we’re expecting from and asking God for He’s already sent and delivered to you in His Word.

The good thing is the Word is not far from us. Romans 10:8 (NKJV) But what does it say? [ “The word is near you, in your mouth and in your heart”](that is, the word of faith which we preach)

It is through hearing and believing God’s Word in our hearts and speaking it with our mouths that we access, take advantage of, see manifested, walk in, and enjoy everything God has already given us in Christ.