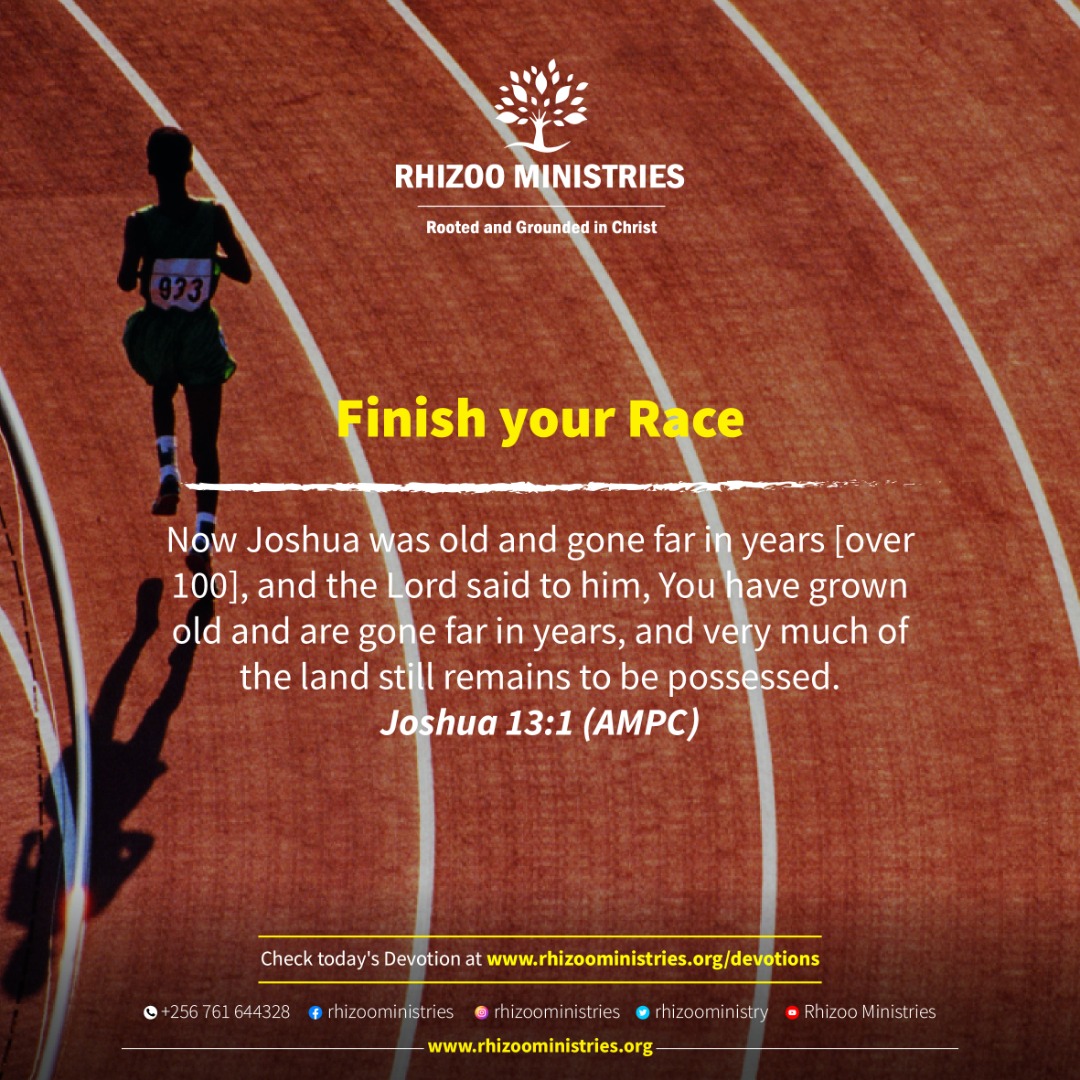 Now Joshua was old and gone far in years [over 100], and the Lord said to him, You have grown old and are gone far in years, and very much of the land still remains to be possessed. Joshua 13:1 (AMPC)

After the death of Moses. God gave Joshua an assignment to lead the children of Israel into the promised land – Joshua 1:1-5. Then in our text above, we see at the end of Joshua’s life, there was still land to be possessed. To many of us, being told that we are old wouldn’t be a welcome reminder. People don’t like to think that they are old. Young people should think about this that one day they’ll be old; and pray to God for a heart of wisdom. However, though the entire promised land wasn’t conquered then, Joshua had to be content that he had done his part and done it well, although there yet remained much to be possessed. Actually, the final conquest of the land was later completed by King David, who played his part, yet he also did not build the temple, it was his son Solomon who did.

It teaches us that we need to do what God has called us to do. In the human eyes, it may seem we’ve not completed, but we should be happy to play our part and make the contribution we can. This is finishing your race. This can be in an incomplete search for a vaccine/ medical solutions or project. God is not limited to one instrument. God’s workers die but His work goes on. When Stephen died God raised up Saul.

As Abraham Lincoln said; “And in the end; it’s not the years in your life that count; it’s the life in your years.” So how are you spending your time? If you are to leave earth today…what legacy would you leave or you think you have a lot of time?. We ought to sow our time and talents in what endures forever- that’s the Kingdom of God.