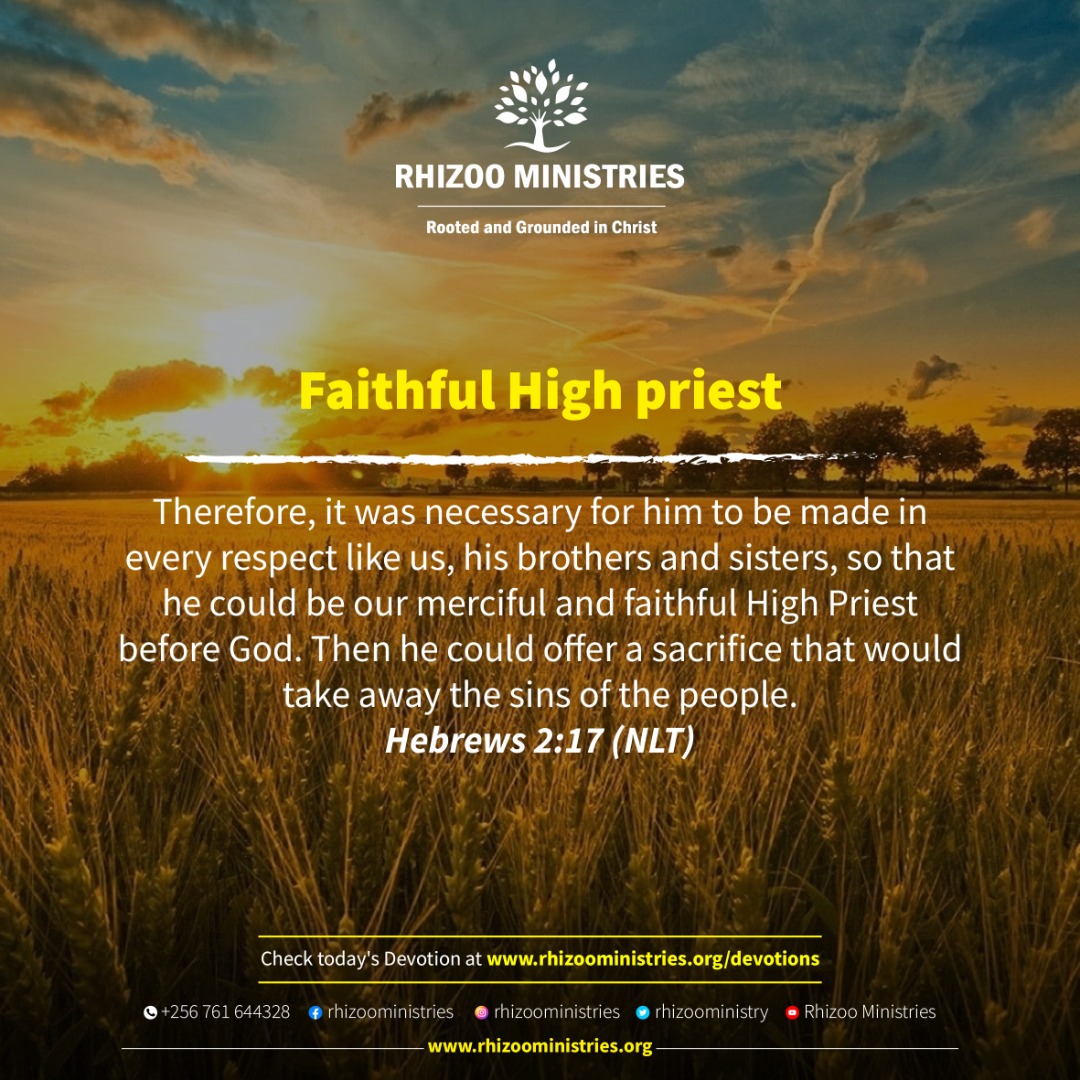 Therefore, it was necessary for him to be made in every respect like us, his brothers and sisters, so that he could be our merciful and faithful High Priest before God. Then he could offer a sacrifice that would take away the sins of the people. Hebrews 2:17 (NLT)

In the Old Testament the whole nation of Israel was represented before God by the high priest who appeared once every year before the presence of God with the blood of sacrificial animals. When the high priest and his sacrifice was accepted in the holy of holies of God’s presence, he came out alive and it meant the entire nation’s sacrifice was accepted. This meant their sins were covered for that year and the result was peace, health, safety, blessings, fruitful harvest, victory over their enemies, and happy family.

But if the high priest missed it somewhere and his sacrifice was not accepted, he died there in the holy of holies. This spelled doom for the whole nation. Their sins were held against them and the result was punishment of the entire nation in the form of confusion, plagues, drought, famine, wars in which they were defeated, killed, occupied, enslaved or exiled by their enemies.

Thank God today we have a High Priest Jesus Christ who entered the most Holy place once for all and thus obtained eternal redemption for us, not with the blood of goats and calves, but with His own Blood-Hebrews 9:12.

He’s a merciful and faithful High Priest. He offered a once for all sacrifice that took away our sins. Because He finished a perfect work of redeeming us, He sat down at the Father’s right hand.  Jesus Christ our High Priest is seated because He once and for all accomplished our redemption-Hebrews 1:3.

Hebrews 7:27(NIV) Unlike the other high priests, he does not need to offer sacrifices day after day, first for his own sins, and then for the sins of the people. He sacrificed for their sins once for all when he offered himself.

What does this mean to us?

Our High Priest and His sacrifice is once for all eternities accepted before God.