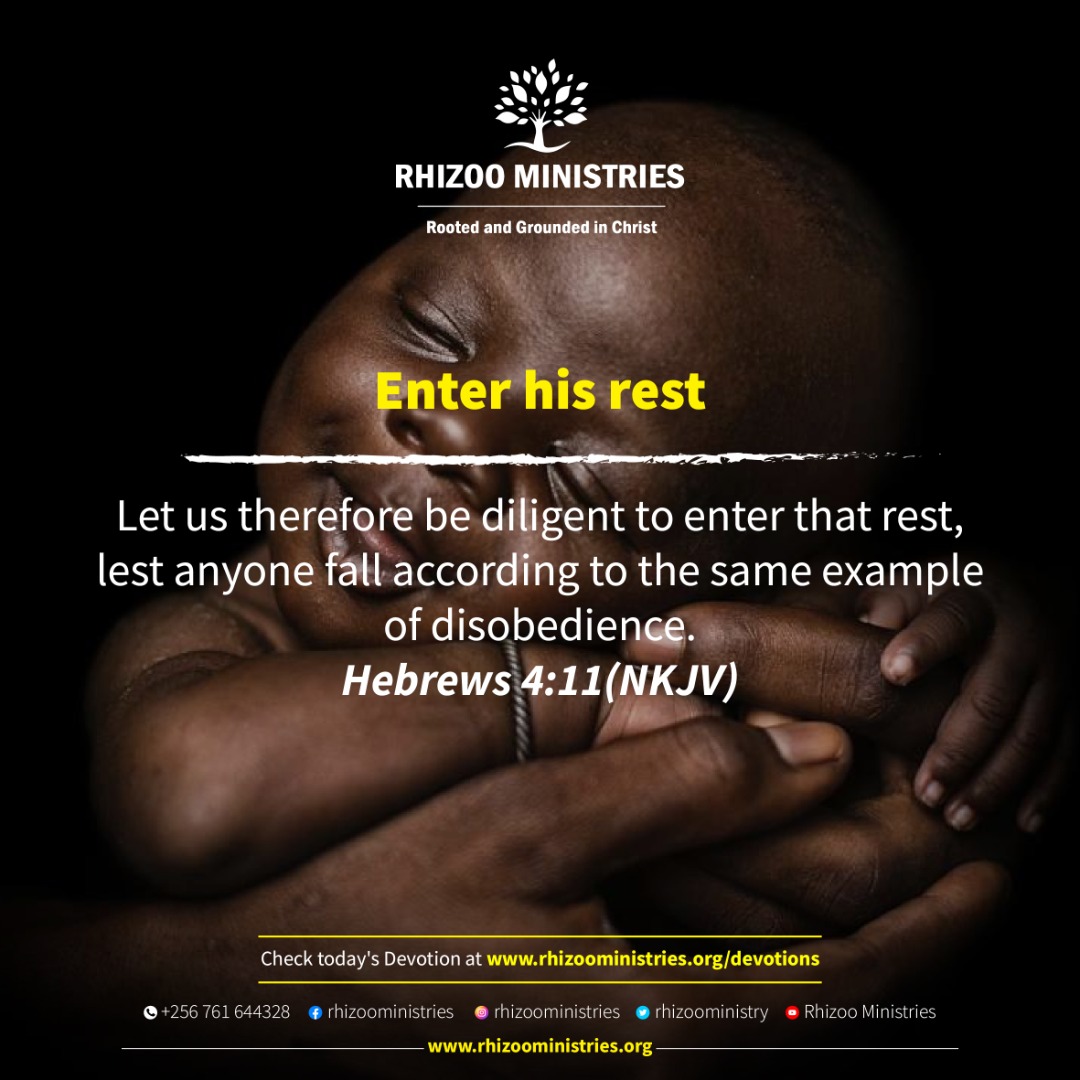 Let us therefore be diligent to enter that rest, lest anyone fall according to the same example of disobedience. Hebrews 4:11(NKJV)

God rested when He finished the work of creation.

Then man fell from God’s rest into his own dead works in the garden of Eden and God got down to work again to get man back into God’s rest. This explains what Jesus said to the Jews   “My Father has been working until now, and I have been working.” John 5:17 (NKJV)

When Jesus said “it is finished” on the Cross, He meant the work of redeeming man back into his place of God’s rest. The rest of God is a declaration of God’s satisfaction over what He has made us to be in Christ. We are complete in Christ. Colossians 2:10. We are forgiven, made righteous, holy, and blessed in Christ through the Cross.

When we are fully persuaded in our hearts of what God has completed, we get to participate in His rest.

For we who have believed do enter that rest, as He has said: [” So I swore in My wrath,] [‘ They shall not enter My rest,'”] although the works were finished from the foundation of the world. Hebrews 4:3

The rest of God includes freedom from fear, worry troubledness, confusion, and uncertainty.

Laboring to enter God’s rest is persuading ourselves of what God is persuaded of.

God is persuaded of our being His children, washed cleansed, redeemed. The laboring is in the believing. They replied, “We want to perform God’s works, too. What should we do?” Jesus told them, “This is the only work God wants from you: Believe in the one he has sent.” John 6:28-29(NLT)

It’s when we spend time in God’s Word and yield to it that we experience His rest for it is His Word that persuades us of what God Himself is persuaded of.

It’s the Word that persuades us that we have been accepted by God in His Beloved Son thus freeing and lifting us from the pressure pit of a performance based dead religion.