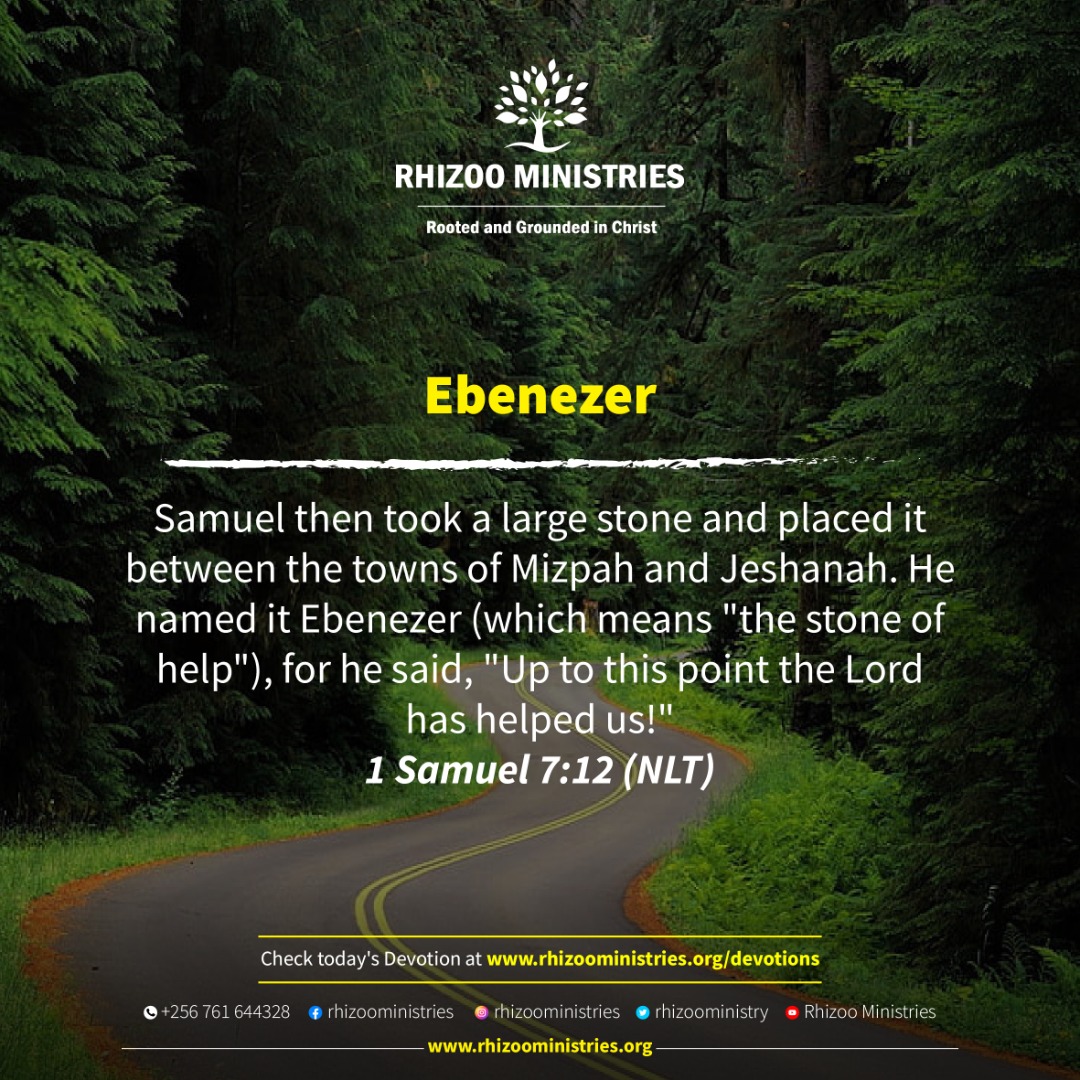 Samuel then took a large stone and placed it between the towns of Mizpah and Jeshanah. He named it Ebenezer (which means “the stone of help”), for he said, “Up to this point the Lord has helped us!” 1 Samuel 7:12 (NLT)

Israel’s arch enemy the Philistines had come up to fight them and the Israelites were afraid so they asked Samuel to cry out to the Lord to save them from the hand of the enemy. Samuel offered a sacrifice to the Lord crying out to Him and He heard.

While Samuel was offering the sacrifice, the Philistines got near to fight Israel. But the Lord thundered so loudly at the Philistines confusing them so that they were defeated before Israel. 1 Samuel 7:7-11

It’s after this deliverance by the Lord where He subdued Israel’s enemy under them that Samuel erects a memorial stone in honor of the Lord who helps His own people.

Jesus Christ is our Ebenezer. He’s our Stone or Rock of Help. He is the Stone which the builders rejected which has become the Chief Cornerstone. Psalms 118:22

He is the Stone that the Lord God has laid in Zion for a foundation, a tested Stone, a precious Cornerstone of sure foundation; whoever believes (trusts in, relies on, and adheres to that Stone) will not be ashamed or give way or hasten away [in sudden panic]. Isaiah 28:16 (AMPC)

How do we access help from the Lord Jesus our Ebenezer, our Stone of Help?

Romans 10:9 (AMPC) Because if you acknowledge and confess with your lips that Jesus is Lord and in your heart believe (adhere to, trust in, and rely on the truth) that God raised Him from the dead, you will be saved.

The Scripture says, No man who believes in Him [who adheres to, relies on, and trusts in Him] will [ever] be put to shame or be disappointed. Romans 10:11 (AMPC)